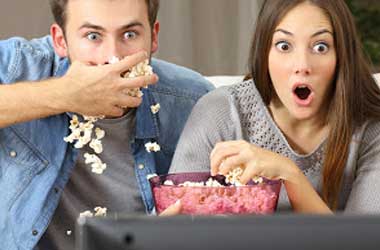 Ever since it was invented and distributed throughout the western hemisphere during the 1950s and 60s, television mesmerized the masses, bringing them a window into the outer world they once never dared to dream about.

At first, there were only a few available channels that focused primarily on news and politics. Later came entertainment programs of all kinds, televised sporting events, movies, talk shows, and more.

Today, if we have cable TV or possess one of many streaming services, we can watch hundreds of different channels, all of which have their own program schemes. Some of the shows we like watching keep us on the edge of our seats and make us guess what will happen next. This particular aspect of television is what gave sports betting sites an idea to make things even more interesting for the viewers by allowing them to wager on future TV show occurrences.

If you’re not familiar with sportsbooks and the way sports betting works, you may find it a little bit odd that you can actually bet on TV shows that have nothing to do with sports or athletes. However, this is something that’s incredibly popular around the globe.

In this article, we will tell you all about legal TV betting, what shows you can bet on, what kind of bets you can make, and other stuff. We will also give you a list of the best sportsbooks that offer TV betting, so scroll down to find out more.

While the term sportsbook suggests that it’s only reserved for sports betting, that is not entirely true. Many sports betting sites offer all kinds of betting markets such as politics, award shows and, of course, television. There are no specific sites that offer only TV betting, but you will be able to find it on regular sportsbooks without too much trouble. However, not all of these websites are the same, and some offer better odds and bonuses than others.

To save you from wasting time looking for these websites on your own, we’ve prepared a list of top sports betting sites for TV betting. Check it out below.

We can’t really be objective while talking about the most popular TV events in the world. Some regions have their own TV shows that people like watching, while others target a worldwide audience. TV shows from India won’t gain the same popularity as those from the US, and vice versa.

However, we are not here to discuss which TV shows are popular in certain parts of the world. We also won’t talk about the overall quality of these shows and what value they bring to the viewer. Instead, we will merely focus on TV shows that sports betting sites consider the best for attracting a large number of bettors.

Up until recently, one of the most popular TV betting markets was the Game of Thrones series. There were plenty of bets you could place, the most frequent one being who will sit on the throne at the end. The series unraveled and we got our answers, and surely there were plenty of those who guessed correctly and made a lot of money (for the sake of those who didn’t watch the show, we won’t give out any spoilers).

But now that that’s over, what are TV bettors left with? In our opinion, the top four shows that people like betting on today are Britain’s Got Talent, Strictly Come Dancing, Coronation Street and Love Island. We have created separate sub-articles for each of these shows, so find them on our website if you want to learn more. Nevertheless, we will share some brief details about all four of them if you want to know what they’re about in general.

When it first aired, Britain’s Got Talent (BGT) was an immediate hit. So far, there have been thirteen seasons with almost 200 episodes and the show’s ratings are going through the roof even now.

As the name suggests, this is a talent show where participants take part in auditions in front of several celebrity judges.

The participants are showcasing their talents that can include singing, dancing, magic tricks, comedy and other things. BGT is part of the Got Talent franchise. Over 60 countries have their own version of the show, although the British version seems to be one of the most popular ones.

When it comes to betting, BGT is relatively straightforward. All you need to do is guess who will be the season’s winner, but some sportsbooks even allow you to predict who will go into the final or the next round.

Coronation Street has broken the Guinness World Record as the longest-running television show in history. This soap opera first aired in 1960 and is slowly reaching 10,000 episodes. Of course, the cast and the crew have changed over the decades, but the concept of the show still remains somewhat the same.

Like in all soap operas, there are a lot of twists and turns that leave you guessing what will happen in the next episode. This is a perfect show for betting, as theories about what will happen to a certain character are almost endless.

There are plenty of reality TV shows people enjoy watching, but Love Island, in particular, seems to be the most attractive to both bettors and casual viewers. This is a dating show unlike any other, in the sense that it’s taking place in an exotic island location in Mallorca.

The contestants are referred to as islanders and they are coupled with one another, living in isolation. The contestants are eliminated one by one after each episode and during the final week, the fans vote to select which couple wins the competition.

The fifth season of Love Island started on Jun 3, 2019, and will finish sometime in July. This a great opportunity for you to bet on one of the most popular reality TV shows while there’s still time.

Strictly Come Dancing is similar to Britain’s Got Talent, except that this is particularly a dance competition. Also, the participants consist of celebrities from all spheres of television who are partnered up with professional dancers. They all get to train for a while before showcasing their talent in front of the audience and the judges.

Strictly Come Dancing first aired in 2004 and it had 17 successful seasons thus far. Each week one pair gets voted out of the competition until there are three or four pairs left. They are then scheduled to perform in a grand finale. The celebrity winners in the previous several seasons included Stacey Dooley, Joe McFadden, Ore Oduba and Jay McGuiness.

Just like BGT, the betting system for this TV show allows you to guess who will win the competition, who will end as the runner-up, and which couple will get voted out each week.

You’ve probably watched at least one of the TV shows we’ve mentioned so far and you’ve also probably had someone you cheered for. In that sense, TV shows are almost the same as sports. We all have our favorite team or player that we would like to see win or at least reach the grand finale.

Therefore, betting on television shows is relatively similar to sports betting. In this section, we will go over some available TV betting options you can include on your betting slip.

Each TV show that takes the form of competition must have a winner at the end of the season. The winner can be an individual, a couple, or a group of participants, depending on the show’s rules. The sportsbook will list all the remaining participants and give each one their own odds of winning. All you need to do is pick one and wait to see whether you’ve made the right guess.

If you’re not sure who’s going to be the winner of a particular TV show, but you feel confident about which participants will go through to the final, you can make that bet as well. You don’t need to select all the finalists — one is enough. Naturally, the odds for this type of bet are significantly lower because it’s easier to guess the finalist than the actual winner, but it will nevertheless bring you some profit if you make the right prediction.

In some shows, in particular, there are additional bets you can place. For BGT, you can wager on what kind of act will win (singer, dancer, magician,etc.). For Coronation Street, which is a soap opera, you can make all kinds of bets, like which character will die at the end of the season, where the final scene will take place, which character will cry, etc.

If you’ve never bet on TV shows and you want to learn how to increase your chances of winning, here are a few tips you should keep in mind.

Instead of making blind guesses, you should always watch the show that you’re planning to bet on and get to know the participants. By paying close attention to crowd reactions and the judges, you might get a better idea as to who has the best chance to win.

In most cases, the final outcome of a talent show or a reality TV program is going to be decided by the public vote. See which participants have the biggest number of fans on social media and how they are perceived by the general public. Focus on the comments and posts made about those participants since that can be the best way to figure out how many votes they will have at the end.

If a show has judges, they are the ones who decide which participants go to the next round. In some cases, a particular judge might like or dislike a certain participant, which can increase or decrease their chances of going through.

Online gambling laws vary in each part of the world. If sports betting is legal in your country, there’s no reason why TV betting wouldn’t be legal as well. Make sure that you’re over the age limit and that the betting site you’re using is legit and allows residents from your country to make an account and bet.

If you’re already spending huge amounts of time watching reality TV shows and soap operas, you should definitely take the opportunity to cash in on your knowledge of these shows. TV betting is available on plenty of sportsbook sites and the odds can be really high.

When can I bet on TV shows?

TV shows usually run for several months every year. Inform yourself on when the next season of your favorite TV show starts so you can know when to visit betting sites.

How good are the betting odds for TV shows?

TV betting odds can be very competitive and give you a chance to win big money. Just stick to our list of the best betting sites and you will find some truly favorable odds.

Can I bet on the TV show’s winner in advance?

Yes, you can make bets in advance as long as the participants of a particular show are known.

Are there any other TV shows I can bet on apart from the ones you mentioned?

Yes, we only mentioned some of the most popular TV shows for betting, but there are a lot more of them you can find on sports betting sites.

Can I vote and bet for the same participant of a TV show?

Yes, there’s nothing that says you can’t bet and vote at the same time.