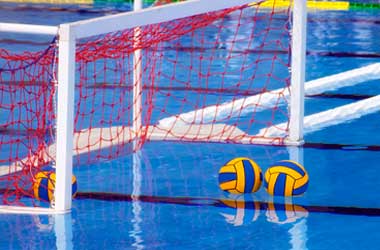 The origin of water polo is still vague to this day, but some sources indicate that this rather strange pastime was initially developed by British holiday resort owners somewhere around the 1850s.

Although the game originated as a form of rugby football, the inventors thought that the game’s passing was similar to horseback polo, which is why the sport was named water polo.

Note that there are no similarities between water polo and horseback polo whatsoever. In fact, water polo indeed resembles “water rugby” as it’s one of the most physically demanding sports in the world. In the beginning, water polo games featured a lot of brutal tackles and aggressive contact between the players. With time, most of the brutality had disappeared from the game. Still, minor things like scratching, biting, kicking, or clawing continue to be an active part of the game.

Men’s water polo was among the first team sports in the Olympic Games program, having its debut at the 1900 Paris Olympic Games. Until recently, water polo was a popular sport only in several regions and countries in the world, which is why bookmakers’ offers are not yet as extensive as you would expect from an Olympic sport. Nowadays, the sport is popular in many countries around the world, notably Europe (Serbia, Montenegro, Croatia, Hungary, Spain, Italy, Greece), Canada, Australia, and the US.

As we’ve mentioned earlier, water polo betting markets are not prevalent among online bookmakers. Since water polo is a middle-ranking sport in terms of betting turnover, a good water polo betting offer is hard to come by. Fortunately, our team of experts did a little digging around the web and came up with a list of the best sports betting sites for this sport. Check it out!

Water polo tournaments are very frequent, and most of them are covered by top sportsbooks. As is the case with other sports, the most popular water polo competition is held at the Olympic Games, and during that time the betting offer is the most extensive. Apart from the Olympics, major water polo competitions include World Cup, World League, World Championship and domestic leagues.

The Summer Olympics takes place every four years and represents the most significant sports event in the world. This is also a tournament that’s considered a “betting paradise” as the bookmakers offer is spectacular during those three weeks. As any sports discipline at the Summer Olympics, water polo has great appeal among the sports betting community.

Hungary is leading the way in terms of won medals with 15 (nine of them are gold), while the reigning champion is Serbia who defeated Croatia at the 2016 Rio Olympics in the finals.

FINA Water Polo World Cup is an international water polo competition that was established in 1979. Since 2002, the tournament takes place every four years, in the even years between the Olympic Games. Only eight countries participate, which only goes to show how stiff the competition is at this event. The reigning champion is Hungary who won against Australia in the 2018 finals.

World League is an international competition that is held annually and runs from late July until winter. The League features continental teams from which the top teams emerge to play in the Super Final where the champion of the League is determined. Men’s Water Polo World League was founded in 2002 and Serbia is the team with the most titles — 13. The most recent champion is Montenegro — they managed to secure their second title last year.

The most popular leagues to bet on are the Spanish league, Italian league, Division de Honor, and Serie A, respectively. There is also the LEN Champions League (similar to the UEFA Champions League in football) — a top-tier European club competition that features best teams from over 18 countries.

Although water polo isn’t as mainstream as football or basketball, it’s a surprisingly formful sport. Betting on water polo can be exciting and potentially lucrative. Water polo betting offer is not mind-blowing, but there are few betting options that could tickle your imagination. As usual, we’ll start with the basic types of bets.

This bet is also known as “straight bet” and it’s as simple as it sounds — you try to predict the winner of the match. Note that there is also a tied outcome but that is relatively rare in this sport, which is why the odds for this bet type are huge.

When it comes to total score bet, you’re to predict how many goals will be scored by both teams in the match. The bookmaker will set a value, and you need to predict whether the total number of scored goals will be under or over that value. Regular bettors will most likely recognize this type of bet since its quite popular in football and basketball as well. The odds for this type of bet usually vary between 1.70 and 2.00.

When one team (the favourite) in the event is given a virtual deficit (handicap) to overcome in order to win, that’s a handicap bet. The odd-makers give advantage to the underdog team in the form of goals, for instance, 2.5, 3.5, and so on. The team X with a handicap of 2.5 must win by three goals to cover its handicap.

This type of bets is also known as “special” bets and it can be anything from “best scorer of the match” to “will the team win a medal at a certain competition”. As you can imagine, there are plenty of bets you can make here. You can bet on the winner of the tournament, try to guess which three teams will be standing on the podium during the award ceremony, and more.

Water polo provides great betting opportunities, but only to those who have done proper research and have a winning strategy. If you do your homework and learn about the sport, you can recognise value bets. Water polo is predictable at times, delivering great value to those who know where to look.

The biggest advantage is that there aren’t many people who watch the sport closely, so excellent value and soft lines are certainly there for experienced sports bettors to find. Here are some things to take into consideration when making water polo bets.

This is something you probably already know, but we’ll mention it again since its a key factor in any successful betting strategy. Inform yourself about the lineups, injuries, and even look up into the personal lives of players as you might dig up something that could potentially affect the game’s outcome. Check out the players’ performances at previous tournaments. You have all the information you need on the web — Google can be your greatest ally in this quest.

Be Careful When Betting on Olympic Games

When betting on Olympic water polo, you should keep in mind that there are no real favourites at this competition. More often than not, only one good move or a referee’s mistake can determine the outcome of the game.

Look Into Previous Matches of the Teams

This can provide you with great insight into the teams’ forms. On top of that, you can see what type of game (low-scoring match, tight game) you can expect when they face off. Also, in most sports, it’s all about matchups, and one team usually takes advantage of the other team’s weaknesses, which is definitely something to take into consideration when placing bets.

Even if it sounds unbelievable, the goalkeeper is often the one who wins matches. How many times has the goalkeeper brought his team a win by saving the goal in impossible situations? Goalkeeping is much more than blocking and anticipating the shots — it’s also about informing the players about gaps in the defense and imposing threats, and even initiating counter attacks, which is why water polo goalkeepers tend to have many assists.

Everyone can place water polo bets at any tournament and event offered by legal online sportsbooks. However, there are certain country-specific restrictions that come into play, which is why you should avoid betting from countries that forbid online sports betting — should something go wrong, you won’t have any support from your country.

Now that you’ve learned about the sport and its betting offer, you can see that betting on water polo is easy as pie. Since you’ve read useful info about the sport, you can try to translate that knowledge into winning bets.

Water polo provides a lot of betting opportunities, and you can further increase your chances of winning by keeping your end of the bargain and conducting in-depth research about upcoming water polo matches.

Is it profitable to bet on water polo?

What events are part of water polo?

The most significant events in water polo are the Summer Olympic Games, World Cup, World Championships, World League, European Championships, Champions League, and so on. These are also events that have the best sportsbook coverage.

The Summer Olympics and the World Cup take place every four years, World Championships is held every two years, while the World League and the Champion’s League are held annually.

How do I start to place bets on water polo?

Choose a reliable and legitimate betting site, wait for most significant water polo events to kick off, and start exploring the water polo betting offer.

What is an alternative to water polo betting?

If you want to try betting on something similar to water polo, we recommend other aquatic sports such as diving and swimming, both of which are part of the Olympic program.

Is it legal to bet on water polo?

If your country of residence allows online sports betting, then it is completely legal to bet on water polo.