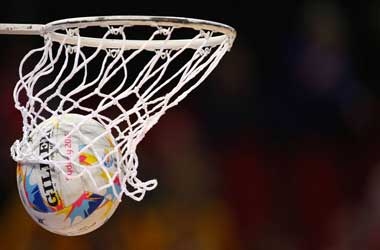 Netball is a sport played by two teams of seven players. Its development began in England in the 1980s and the sport itself was derived from early versions of basketball.

The game court is rectangular with a ring (basket) on each side. Points are scored by passing or shooting the ball through the ring. Each player has a specific position that restricts their movement to certain parts of the court. A match is divided into four quarters, each lasting 15 minutes. Breaks between the first, second, third, and fourth quarter are three minutes long, while the half-time break lasts five minutes.

The sport has several variants. Let’s check them out.

Indoor netball, as the name suggests, is played indoors only. The court is surrounded on all sides and has an overhead net that prevents the ball from leaving the court, which provides a faster-paced and more dynamic experience.

Fast5 is a faster, television-friendly variant. Games are much shorter, with each quarter lasting six minutes only. The coaches are allowed to give instructions from the sideline during play and there’s no limit to the number of substitutions. Additionally, each team can choose one “power play” quarter in which the points made by that team are worth double.

Children’s netball is very similar to regular netball. There are several different rules that make the game more appropriate for children. Those include a shorter quarter length, lowering the goal height, and changing the ball size.

There are quite a few sites that offer netball betting. However, not all of them are worth your time and attention. We’ve decided to take a closer look into betting platforms and create a list of sites that offer a great overall betting experience. Read on!

Although netball is not a top sport in terms of popularity, netball competitions are quite frequent. Online betting sites cover those competitions, which means that placing bets on matches is possible in most cases. Apart from the Olympics Games, which recognised netball as an Olympic sport in 1995, there are four major netball competitions. They are the Netball World Cup, Netball at the Commonwealth Games, Netball Quad Series and Fast5 Netball World Series.

This event is held every four years and is considered to be the biggest netball event. The first World Cup was held in 1963 at the Chelsea College of Physical Education in Eastbourne, England. The competition has been dominated by teams from Australia and New Zealand since its beginning. The only other team that managed to win the title is from Trinidad and Tobago.

Netball at the Commonwealth Games

The Commonwealth Games are a large international sports event involving athletes and teams from the Commonwealth of Nations. The event was first held in 1930 and has been organised every four years since. Netball was included in the list of sports in 1998 and there have been six Netball events at the Commonwealth Games so far, with the last one being held on the Gold Coast in Australia in 2018.

This is a specific competition as it includes only the top four netball teams. This mini-tournament is organised annually and consists of teams from Australia, New Zealand, England, and South Africa. Each team plays a test match against all other teams and the team with most wins becomes the winner of the whole event. Like other events, this one is also dominated by teams from Australia and New Zealand.

Top six national teams ranked by the INF compete in this tournament. Like in Netball Quad Series, each team plays against every other team the first two days in the round-robin format. The four best-scoring teams proceed to semifinals. The semifinal winners play against each other in the Grand Final match. The matches featured at this tournament are played under a different set of rules designed to make the game more appealing to TV audiences.

There are a few things to take into account before betting on netball. This is an engaging and dynamic sport with several sets of rules that depend on the tournament and event in question. Having such a variety in games makes betting quite complex and interesting. Therefore, make sure you’re well prepared before betting on any specific match. Let’s take a look at some of the most popular bet types.

This is one of the most common bet types. The goal is to predict which team will win and then place a bet accordingly. Draws and extra time are sometimes included in the bet, depending on the sport and tournament you are betting on. Extra time is usually included when placing bets on netball, which can be great for matches whose outcomes are hard to predict.

Like in many other sports, betting on the total number of goals in the first half is possible in netball. It includes betting on the number of goals the teams will score during one half of the game. Since predicting the exact number is pretty hard, there are over/under options in place to improve the chances of winning. There’s also a Second Half Total Goals bet that is basically the same with only one difference — the bet is related to the second half of the match.

This is a common bet option. It can slightly vary depending on the sport but the essence remains. As the name suggests, you bet on which team will be the first to score 10 goals. This bet type can be quite exciting if the teams playing are of similar quality. The only problem with this bet option is that it becomes invalid if neither teams reach the 10 goal mark.

This wager type is quite simple as it only predicts which team will be the first to score in a match. It can create incredible suspense since the team quality doesn’t affect it too much in netball. Lower tier teams can often be the first to score, which makes this bet type unpredictable and a lot of fun.

This is a common bet type a lot of people opt for. In outright betting, you can place a bet on a team you believe will win the whole event instead of a single match. Bets can be placed before or after the tournament has started and winnings can be collected once the tournament has finished.

The key to successful betting on any sport is knowing how, when, and who to bet on. Here are some tips and tricks for new players interested in betting on netball.

Netball rules tend to be different in different tournaments so knowing which rules apply for which competition is crucial. Different playstyles come with different rules, which can drastically affect team performance. Knowing exactly what type of competition you are placing bets on will greatly increase your chances of winning since you’ll know what you should pay attention to and which teams tend to shine in those specific conditions.

Learn Which Tournaments to Bet On

Sadly, several nations are dominating the world of netball. In other words, the same teams tend to win major championships, which can make betting on them less exciting. That’s why we recommend betting on national leagues and smaller tournaments. They tend to be more interesting in terms of betting and watching since it’s harder to predict which team will win the title.

Like in other sports, many teams depend on key players to win games. Knowing about player injuries can greatly increase your chances of winning so make sure you know these details before placing any bets.

Following statistics can also be quite beneficial as that can tell you about the form of individual players and how well they work as a whole. Teams made of star players sometimes fail because they lack synergy.

To sum up, netball offers many great betting opportunities as it is an interesting sport with rules that change based on the tournament. That puts a unique twist on both netball betting and watching. Different teams and nations tend to be dominant at different events so be sure to learn about the characteristics and rules of each tournament before placing any bets.

Since netball is not as popular as some other major sports, make sure to choose the best betting site for successful betting on netball since betting possibilities and odds can vary between bookmakers. Also, make sure to follow the statistics and player injuries — these can easily determine who the winning team will be. Being aware of what’s going on in the leagues can give you a lot of useful information that can significantly boost your chances of winning.

What are the biggest netball tournaments?

There are four major netball tournaments. They are the Netball World Cup, Netball at the Commonwealth Games, Fast5 Netball World Series, and Netball Quad Series. Each of these tournaments is specific as it has its own structure and rules.

Where can I place netball bets?

All major online betting platforms offer a variety of choices. Though odds and offerings may vary, betting on most major sportsbook websites is possible.

Is it legal to bet on netball?

The short answer is yes. Betting on netball is completely legal in all countries that allow betting on sports events. Just make sure the platform you are using allows people from your country to place bets freely.

Is there a netball betting alternative?

The closest relative of netball is definitely basketball as they stem from the same root. If you can’t find any netball action or the offer seems unattractive at that moment, you can always try betting on basketball.

How often is the Netball World Cup played?

The Netball World Cup is being held every four years. Although not as popular as some other sports, many teams from all over the world compete for the title of World Champion.