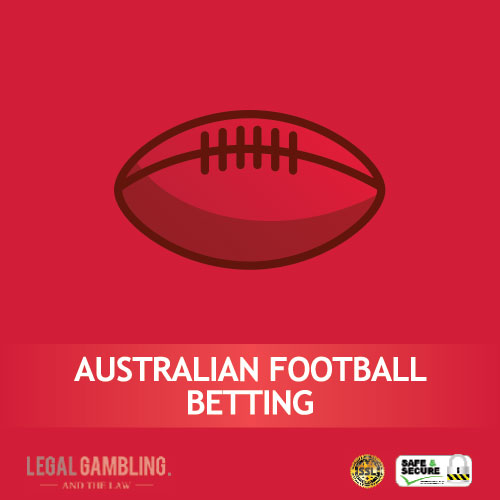 Australian football (also known as Aussie rules, Australian rule football, or footy) is a type of sport that resembles rugby and American football but is played with slightly different rules.

Betting on Aussie rules games is very entertaining, especially if you already know the rules for NFL or rugby and want to try something different and exciting. Even if you are an avid Australian football fan, placing bets on this sport can boost your overall experience and even bring you rewards if you are lucky and knowledgeable in the game.

Needless to say, this is one of the most popular sports in Australia. Approximately 35,000 people attend home and away games during the league, and the finals usually host more than 60,000 people.

On top of that, millions of people from both Australia and other parts of the world actively watch the footy on TV or online. Sportsbooks that focus on Australia are doing their best to provide an extensive offer of betting options related to this sport, given that Aussies really love betting. However, it seems that the popularity of this sport among bettors has outgrown The Land Down Under and that people from other parts of the world are becoming increasingly interested in it. 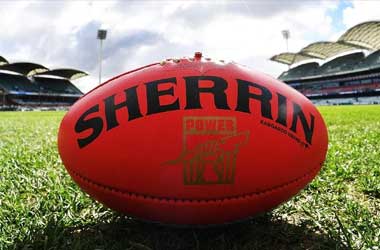 The sport was sporadically being played in 19th century Australia among British colonists, but it was considered a minor sport at the time. One of the main shifts towards promoting this sport and making it significant happened back in 1858 when many schools in Melbourne decided to organise football competitions, inspired by English public schools. The first football club was established shortly after that,coming up with official rules for the game which are more or less similar to the present-day Aussie rules.

The rules were a sort of response to rugby rules, as they were heavily based on the British variant of this sport. However, their creators came up with a couple of “corrections”, excluding some rules and adding new ones so as to make the footy more suitable for Australian players and audiences.

If you want to place bets on Australian Rules, make sure to do that from the best possible sportsbook. In order to facilitate your choice, our team of experts narrowed down the list to a couple of sportsbooks that offer the best possible odds and betting options for Aussie rules. Check them out!

The Australian Football League (often called just AFL) is the only professional competition that exists for Australian football.

It is regulated and governed by the AFL Commission — the main governing body for this sport worldwide.The league actually has a pretty long history.

It was founded back in 1986, and the inaugural season took place back in 1897 when the league was named Victorian Football League. In other words, Australian Football has been played for more than 120 years on the Continent.

At the moment, there are 18 active teams which come from all six states of Australia (except for Tasmania), competing in AFL. AFL matches have the home and away format, meaning that teams often travel to all parts of Australia to compete with each other.

The AFL season begins with a pre-season competition (aka JLT Community Series). After that, there is a regular part of the competition that consists of 23 rounds and is played from March to September — the winter time in Australia. As soon as the regular part ends, the “minor premiership” title is awarded to the team with the best score. However, this title is not really important, as what’s to come bears the greatest significance among AFL fans and teams alike.

The teams that occupy the top eight positions proceed to the playoff part of the competition which consists of four rounds. The last game of the competition is the AFL Grand Final, which is considered the most popular event in the world of Australian football. In fact, some dare claim that the AFL Grand Final is the most popular sports event in the entire country of Australia.

The previous decade was very fruitful when it comes to the expansion of betting in Australia, and Australian Football was one of the most popular choices for placing bets. Therefore, this sport allows bettors to test their luck and knowledge by placing a wide specter of bets in sportsbooks. Let’s take a look at all the possible options for betting on Australian Rules.

Head-to-head betting is an Australian term for money-line betting (straight-up betting). In other words, you bet on a team you think is going to win in the upcoming match. Just like Europeans, Australians use decimal odds in their sportsbooks, but sometimes mistakenly insert an Australian dollar sign in front of decimals. However, many sportsbooks out of Australia offer odds that their bettors understand, so if you want to place bets on AFL, don’t worry about dollar signs. Instead, focus on getting your bets right by choosing the winner of the game you are betting on.

Line betting is sort of a handicap betting where sportsbooks handicap one team by a certain number of points so as to make odds equal to both teams.

For example, if they believe that Geelong would beat Brisbane by approximately ten points, they would handicap them and set the odds to about 1.90 each. If you bet on Geelong winning the game, and they indeed manage to beat Brisbane with 10+ points (10.5 specifically), then you will win the bet. If they win but the difference in score is less then ten points, your line bet is lost.

Sportsbooks in Australia often offer a number of possible outcomes in a game by creating a margin with points. In order to get your bet right, you need to select the winner of the game and get the margin right.

Exotic bets are available in every sport, including Australian Rules, and they may differ in every sportsbook. One of the most popular bets is to try and guess which team would score a goal first and which team would score the first point. Furthermore, you can take your shot at who will be the man of the match, who will score the most points, and more. Finally, over/under bets are also considered exotic although they are very popular among bettors who like the footy.

Here are a couple of important pieces of advice you should take into account when betting on Australian Rules.

Australian Football is a sport which is played outside and weather plays a very important role in the games. This is especially important if you like to place over/under bets as some players might underperform under bad weather conditions. Furthermore, some teams are more accustomed to playing in certain weather conditions than others, which means that some types of weather can bring advantage to them.

This may sound like a cliche strategy, but creating a betting plan is very important if you want to get the most out of betting on Australian rules. This sport is very exciting, and it is very easy to get carried away and spend a lot more money than you initially intended. Therefore, make a betting plan with a limited budget for placing bets and stick to it, no matter the outcome!

Focus on Head-to-head If You’re New

This piece of advice is applicable for every sport where head-to-head bets are available. If you do not have a lot of experience betting on a particular sport, make sure to stick to the most basic type of bets — there’ll be plenty of room to experiment with more exotic bets once you learn more about teams, players, games, rules, and more.

Australian rules betting is available in every part of the world where online and land-based sports betting are legal. Therefore, if you live in a country where you are legally free to register at an online sportsbook and place bets, chances are high that you can bet on footy. However, not all sportsbooks offer this sport. Luckily, we made a list of online betting platforms which offer Aussie rules and are available in many countries.

To sum up, betting on Australian Rules is an exciting activity as Aussies love visiting their bookies and supporting their favourite teams. However, this sport can be particularly interesting for non-Australian bettors who want to try something different and exciting. For example, if you consider yourself an NFL fan, you should definitely try betting on the AFL as well. Apart from being an exciting sport, footy can be quite rewarding if you manage to get your bets right.

What are the most popular AFL teams right now?

Although all 18 teams in the AFL are respected and loved by their respective fans, a couple of them managed to perform better than others over the course of time. Teams such as Collingwood, West Coast Eagles, Richmond, Sidney Swans, Hawthorn, Adelaide Crows, Fremantle, Carlton, Essendon, and Port Adelaide are very popular among Australians.

Are there Australian Rules teams outside of Australia?

There are many people who love this sport all over the globe, but the majority of teams outside of Australia compete only at the amateur level. Nevertheless, the popularity of this sport has been gradually increasing.

Why should I bet on Aussie rules?

If you follow Aussie rules, it is pretty clear that you would like to try betting on this sport. On the other hand, if you don’t know the rules of this sport but you love NFL, rugby, and similar sports, you should definitely try this as an alternative since it is a very exciting sport, especially for bettors.

When is the best time to bet on AFL?

Although it is very interesting to place bets during the entire season, the last part of it is probably most popular as it features the playoffs and the AFL Grand Finale.

Which sportsbooks offers the best odds for Australian Rules?

Odds may differ for Aussie Rules here and there, and it is up to you to choose the sportsbook with the best odds in order to get the most out of betting on this sport. In this article, we comprised a list of sportsbooks that offer great odds for this sport.