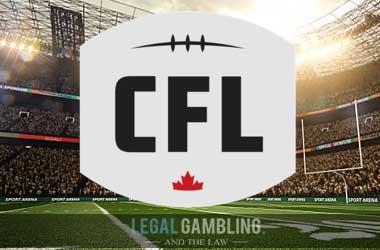 Canadian football is a full-contact sport played in Canada, featuring two teams that consist of 12 players on either side, competing for territorial control on a rectangular field that measures 101 meters long and 59 meters wide.

The Canadian Football League (CFL) is a professional football league in Canada and ranked the premier level of competition in the country when it comes to football. The CFL features a total of nine teams that are located in separate cities. The Canadian football league has nine teams which are separated into two divisions, including the East Division and the West Divisions. The East Division features four teams include the Montreal Alouettes, Toronto Argonauts, Hamilton Tiger Cats, and Ottawa Redblacks. The West Division features five teams, including the BC Lions, Edmonton Eskimos, Calgary Stampeders, Winnipeg Blue Bombers and Saskatchewan Roughriders

From 2017, the Canadian Football League featured a 20-week regular football season, running from June through to November. Every Canadian football team will play 18 games along with two bye weeks. After the CFL regular season, six football teams will compete in the league’s 3-week divisional playoff to ultimately play in the Grey Cup at the end of November. The Canadian Football League was established in 1958.

In my complete CFL review, I will take an in-depth look at other football events similar to CFL football, and include the wide range of ways you can bet on the CFL betting at legal online sports betting sites. I then provide valuable strategies and tips that you can use to make a more educated betting decision before placing a bet on any CFL football match. Furthermore, I will give insight on the legality of CFL football betting, take a look at frequently asked questions surrounding CFL football, and inform you why I think CFL football betting is highly recommended for both beginners and veteran bettors.

If you already know the in’s and out’s of CFL football betting and don’t want to read my entire review on how to bet on CFL football, you are more than welcome to pick any of my recommended legal sportsbooks below and get straight into the betting action. However, for those of you who are new to CFL football betting, you will find plenty of information further down in this review.

The National Football League, or more commonly referred to as the NFL, is a prestigious professional football league in the United States, featuring a total of thirty-two teams from both the U.S and Canada. The NFL teams are equally divided into two conferences.

The Canadian Football League will offer an incredible range of betting markets on every single game throughout the regular season, as well as the divisional playoffs and Grey Cup championship final. There are 18 regular games that bettors can use to make a profit, and with the 18 regular football games are loads of betting markets which I included below with examples to assist you.

The point spread, also referred to as the spread, is an assigned number of bookmakers that will represent the point difference between two CFL football teams. The spread is essentially the number of points subtracted or added to your football team’s final score. The team presented with a negative number is always considered the favourites, while the team presented with a positive number is always considered the underdogs. Let’s look at an example below:

Moneyline betting basically removes the point spread element as you will only need to pick which football team will win the game outright. You will notice different odds placed next to each football team that will determine the potential payout if the football team manages to win. Let’s look at an example of a moneyline wager:

Over/Under betting is based on the total score that both football teams will accumulate during a single CFL match. Bookmakers will offer a set number of points that they think the two football teams will accumulate together. You will then need to decide if the combined score will be less or more than the set number. Let’s look at an Over/Under bet example:

Prop bets, or proposition bets, have nothing to do with the outcome of a match. Instead, it focuses more on a team’s performance and an individual player’s performance during the match. For instance, you can bet if the quarterback will be able to throw more than 250 yards in a single game or wager how many sacks a certain player will get during a match.

Future betting is also extremely popular in CFL football. You place a future bet if you want to predict which CFL team will win the Grey Cup championship at the end of November. Future bets are available throughout the season, but the best odds are posted at the beginning of the season.

The Canadian Football League has managed to gain more traction in the online sports betting community recently along with an emphasis on early season football action before the NCAA football and NFL seasons get underway. Therefore, I decided to include some helpful tips and strategies that you can use to increase your chances of making a profit.

You will quickly notice that home advantage in the Canadian Football League will play a significant role in terms of betting. Although a road team might be considered the favourite to win, you will always need to consider the distance the team is travelling to play against a home team, the duration of their flights, and the preparation time they will have before facing the home team. Also, keep in mind hat home teams will always have a distinct advantage as they are playing in front of their fans. They are also more familiar with the conditions of the field, as well as the weather.

Bet Early in the CFL

Deciding to bet during the early season of the CFL will have loads of advantages, leading to more profits. This will require some additional research into each team, but the end result will be well worth it. Pay close attention to teams that have a brand-new coach as they usually want to ensure their team start with a memorable win as they head into the season. They will provide new tactics and a new style of play that might surprise their opponents. Also look for well-known players in a team line-up as they already have winning experience and know how to win successfully.

There are loads of legal sports betting sites online, and this means that you will have plenty of options at your disposal when looking for the best football odds. Online sportsbook will offer better odds in the hopes that they can draw you in to register. Therefore, it’s advisable that you shop around and compare each sportsbook to find the best possible odds for the wager you wish to make. You will need to do this with every game you decide to wager on, as one might offer better odds the following week that you don’t want to miss.

Betting on the CFL might not be the most popular form of online sports betting when compared to the likes of the NCAA and NFL, but it still provides bettors with a host of additional profits when the correct betting strategy is infused with the ability to translate game analysis and statistical information for every game. The most important part of CFL betting is finding the ideal online sportsbook, offering additional betting markets to further increase your winning opportunities.

When does the CFL start and end?

The regular Canadian Football League season starts in late June and continues until early November. There is a total of eighteen games with a minimum of two bye weeks.

Which CFL team won the most Grey Cups?

The Toronto Argonauts won the most with an impressive sixteen championships, followed by the Edmonton Eskimos winning the cup a total of fourteen times.

Who is the current CFL champion?

The current CFL champions are the Toronto Argonauts

Why I Would Recommend CFL Betting

The Canadian Football League is one of my favourite sporting events as it takes place before the start of the NFL and NCAA football seasons. This provides the perfect opportunity to increase your bankroll before the regular NFL season gets underway. The CFL also offers loads of betting opportunities and loads of excitement as the league continues to grow in popularity every year.