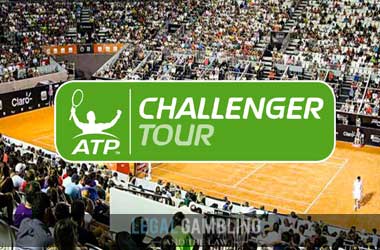 At first, the Challenger tour consists of 18 events when it took place for the first time in 1978; two events took place in January of which one was in Hobart and the other in Auckland.

The next Challenger events took place in June and August in US locations such as Lancaster, Cape Cod, Wall, Virginia Beach, Hilton Head, Raleigh, Asheville, Birmingham and Shreveport. The events continued in late September in Lincoln, Nebraska and Tinton Falls, New Jersey, Salt Lake City, San Ramon, California and by the end of 2008, the schedule included 178 events across over 40 countries.

The Challenger tournament offers excellent prize money and participants battle for prizes from $40,000 up to over $220,000, and depending on the number of points a player earns the tournament could include lodging and food. To compete in the Challengers, players need to have success in the Futures ATP Tournament Tour, and a world ranking of between 100 up to 500 for a tournament of $35K and in the $150k tournament rankings need to be 50 up to 250.

The ATP Challenger events blend the raw talent of young players wishing to make the tennis ranks with journeymen that are experienced and on their way down form main ATP events. ATP Challenger events offer a unique betting challenge to punters as well as the opportunity to gain information on new up and coming tennis stars. The ATP Challenges offer punters a really great opportunity to gain an edge especially for tennis fans who are prepared to do some research and the information is based on situational factors. Some say the Challenger is a million miles away from the glamour of the ATP Tour.

Organized by the Association of Tennis Professionals, the APT World Tour is an international event featuring the finest of men’s professional tennis players. The APT World Tour includes both the ATP 250 and 500 series, World Tour Masters 1000s, the Davis Cup and the ATP Finals as well as the Hopman Cup.

One of the first and most significant acts of the ATP was establishing the ranking system that provides every player with fair analyses or his performance, and it offers unbiased tournament entry. The system is still in use currently, and computerised rankings started in 1973.

The United States Open Tennis Championship is one of the most popular annual events, the US Open takes place in August and is scheduled to overlap Labour Day so that it falls in the weekend in-between the fortnight of the championship. The main event is built on five championships which include men’s singles, men’s doubles, women’s singles, women’s doubles and mixed doubles as well as additional events such as senior tournaments, junior tournaments, and wheelchair tournaments.

The US Open is a yearly tournament that takes place at the USTA Billy Jean King National Tennis Centre in New York. It was founded in 1881, and starting in 1974 and took place on an outside grass surface. This changed in 1975 when the surface changed to it an outdoor clay surface, and again changed in 1977 to  a hard surface.

The Wimbledon Tennis Championship is played on an outdoors grass surface, and the event is known for its strict dress code, Royal patronage and traditionally the dessert served during the tournament is strawberries and cream. Another notable quality of the event is the absence of sponsor advertising during the championship. The junior events include boys’ singles, boys’ doubles, girls’ singles, and girls’ doubles and there are no junior doubles part of the junior events.

Wimbledon starts on the last Monday in June, which is generally a fortnight after the Queen’s Club Championships, which is a major tournament warm-up for men while the woman’s tournament warmup is in Birmingham. The Wimbledon Tennis Championship takes place across fourteen days with the junior events scheduled during the second week.

Bettors and spectators both love the ATP Tennis Challenger events, for punters the unpredictability of the games feature the perfect opportunity to discover new talents and betting is more exciting than ever. Top players do not partake in the Challenger Tour as they already qualified for the main ATP Tour, which leaves lots of space to identify new talent. The Challenger Tennis Tour is played by up, and coming new players and this is a great place for anyone new to tennis betting to start. The Challenger is rated as a secondary tournament to the ATP Tour and offers plenty of betting options, and it is the best place to identify new talent, and for punters, it is the loaded with opportunities to profit from.

The least complicated and most straightforward form of tennis betting is the match results. Match betting is hugely favoured for its simplicity, and the bet is placed on the player you think are most likely to win.

There are various bets on individual sets and most legal sports betting sites offer bettors the chance to place wagers on the winner of the first set while others also allow betting on the second and third sets, individually. The tennis set bets are the same as the match winner bets; the major difference is that you can place bets on the outcome of each set instead of the game as a whole.

The winning margin bet is based on the number of games won during a match. Individual player total bets involve the number of sets won by a particular player during the match. You can also bet on whether there will be a tiebreaker in the game. The not win a set betting option is a bet placed on whether a tennis player will win at least one set in the match.

Tennis betting offers more variables than any other sport and for punters wishing to minimise risks and maximise profits the tennis betting strategy needs to be based on a combination of knowledge, statistics, and scientific theory. During any of the main championships or the Challenger, a great betting strategy should include some or all of the following principles. Break down the matchup’s and select contests where there is betting value, take into consideration previous player performances as well as court surfaces and playing styles.

Basically, every player stands out on a specific surface, and the major events are played on grass, hard or clay. Each surface influences the bounce of the ball differently, it also affects the player’s movement, and it can most certainly benefit punters when they know how the player deals with different surfaces.

Hard courts could be more injury causing than any of the other surfaces and players are unable to slide as they would typically do on clay or grass.

Grass courts make it a bit more challenging for some players to reach the ball super-fast as it can be a bit slippery, but it is often best for hard-hitting players.

Many professional players like clay courts, it is most advantageous to players who are good returners since the clay surface slows down the ball and the ball bounces higher.

Tennis is a very popular betting sport since it is played all year round and a vast number of in-play betting opportunities is available to punters. The huge popularity of sports betting ensures major growth, which had a positive effect on tennis betting and encouraged competitive betting odds. Selecting a legal sports betting site is always the best option, sites worth your trust would be regulated and licensed by a reputable gambling authority, and member privacy should be guaranteed via SSL encryption. Sportsbetting reviews are a great source of information and provide payout periods, currencies accepted and banking methods.

Tennis betting is both exciting and extremely rewarding, especially when it comes to the ATP Challenger tournament. Educated bettors can make a fortune by simply comparing several online sportsbooks to locate the most competitive odds. They further increase their chances of winning by staying up-to-date with the latest player statistics and match results, leading to more frequent wins and long-term profitability. The ATP Challenger tournament offers bettors loads of betting markets, and knowing which markets to wager on will play a vital part to your success.

What does a game mean in tennis?

In tennis, each match is made up of up to three sets; a set is won when the player has won a minimum of six games.

Can tennis bets be placed on smartphones?

How is the Davis Cup Played?

The Davis Cup is played in a knockout format, it is the highest-ranking tennis team event, and a team of players represents each nation. The groups are set in terms of each international team ranking, and each countries team needs to win in groups before they move into the final stage.

What is the WTA Tour?

The WTA is the Women’s Tennis Association Tour, which is equivalent to the ATP men’s tournament that takes place in multiple cities around the globe. The ATP Masters is exclusive to men and runs throughout the year.

Why Tennis is a sport I recommend for Betting

Tennis lends itself to statistical analysis it is an individual sport with less variance than a team sport, and the final outcome is often an isolation of variables. Betting on any of the major tournaments is hugely exciting if you have followed the built-up and know the players strong and weaker characteristics. Several factors come into play when you use betting strategies and the more passionate you are about the sports, the easier it is. The sport is challenging and  demands that players are fit, skilled, and have a desire to win.