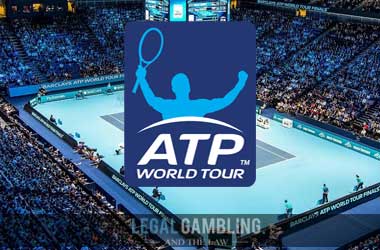 The ATP World Tour is organised by the Association of Tennis Professionals, and the global event features professional men’s tennis which includes the Grand Slam tournaments, World Tour Masters 1000s, ATO World Tour 250 and 500 series, Davis Cup and the ATP finals. In the 2017 calendar, the Hopman Cup is also included and overseen by the ITF.

The Association of Tennis Professionals is the governing body of the professional tennis circuits for men including the ATP World Tour, ATP Champions Tour, and ATP Challenger Tour. The ATP Tour, in 31 countries and 63 tournaments later showcases the top athletes competing at some of the most exciting venues globally. At the end of each season, only the top eight men’s athletes qualify for the single and doubles, to compete for the title of the season.

The ATP was formed by Cliff Drysdale, Jack Kramer, Bob Briner and Donald Dell in 1972, to protect professional male tennis player’s interest. The organisation was named the ATP Tour in 1990, renamed to ATP by 2001 and by 2009 the title change to the ATP World Tour.

One of the first acts of the ATP was to establish a computer ranking system to provide fair player performance analysis as well as an objective way in determining tournament entries, the ATP rankings started in 1973 and are still used today as the official system in ranking professional men’s tennis. The men’s circuit from 1974 to 1989 was administered by representatives of the ITF and ATP tournament directors that made up the Men’s Tennis Council. The ATP formed a new circuit in 1988 and eight of the top ten signed contracts to play in the 1990 ATP Tour as well as 24 other players, 2017 marked the 28th ATP Tour.

When you start betting on tennis, there are lots of options to select from, and with several markets covering both small and big tournaments it is possible to make bets almost every day of the year. I selected some of the legal tennis sportsbook’s that offer betting on several tennis markets including Wimbledon, the US Open, Australian Open and the French Open. Readers who are familiar with tennis betting and requires sites offering the best odds on all weekly tournaments from around the glove, as well as specials betting on Grand Slams, can select from my lists of highly recommended legal sports betting sites above.

Tennis is a great game to watch and play and excellent for betting on, it’s a game like no other in which two players go head to head, without a team to provide back-up. It is one of the sports that demands the highest skills from a player. Every player’s fitness, injuries and desire to win plays a major role. It is the unique aspects that make tennis a sport filled with drama; it is dramatic for followers especially when you have money on the line and for those who follow the sport passionately and do research the advantage shows when it comes to betting strategies, no matter which of the major events you favour.

One of the major annual tennis events is the US Open, which takes place every year in August and is planned to coincide with Labor Day falling in the middle of the two weeks championship. The main event consists of five championships as well as other additions such as tournaments for senior and junior players and players in wheelchairs, while the major events are the men’s singles, women’s singles, men’s doubles, women’s doubles and the mixed doubles.

The United States Open Tennis Championship was founded in 1881 and is a yearly event that takes place at the USTA Billie Jean King National Tennis Center in New York. From 1881 up to 1974, the tournament was played on a grass surface outside, by 1975 up to 1977 it was played outdoors on a clay surface and is played on a hard surface since 1978.

Originally founded in 1877, the Wimbledon Championships is played in the United Kingdom at the London based All England Lawn Tennis and Croquet Club. The events take place on a grass outdoors surface and includes £31,600,000 in prize money.

The Roland-Garros known as The French Open started in 1891 and takes place at the Tennis Club de Paris at Auteuil, the event took place on an outdoor sand surface from 1891 up to 1908. Since 1908 the French Open championship is played on a clay outdoor surface and participants compete for the prize money worth €36,000,000.

The championship is a yearly event titled in honour of the aviator Roland-Garros and is currently considered the event that is the most physically demanding tournament in the world of tennis, fitting since championship requires seven rounds in the championship.

It was played on an outdoors grass surface from 1905 until 1987, however, in 1988 the championship moved to a hard surface and offers $50,000,000 in prize money. The tennis tournament appeals to a massive crowd and is known to draw a bigger spectator audience than the US Open, in 2017 the attendance reached a new record of 728,763.

Tennis Bets with a Difference

There are several types of tennis bets although the most obvious is to pick the overall winning of the championship. Online sportsbooks also offer several other betting options such as for how many sets the match will go or who would win the first set. Betting strategies include statistics such as on what surface the match is played, player fitness, injuries suffered and previous match performances.

For big matches such as the Davis Cup, and Grand Slam Events several legal online sportsbooks allow prop bets. The most common option in tennis props bets includes determining the winner of the first set, how many in sets the match would go and then bettors can also bet on the country the winner would be from.

A great fun way to place bets is wagering on future events, in some years it is much easier to pick who would be the winner based on previous events. What comes into consideration is players with a higher number of tournaments, which means they rank higher, past injuries as this could hugely affect the player’s chances to rise to the top and a major factor is the player’s age. In money line bets players that signed a new contract with a racket manufacturer could also complicate things since most have a difficult year after changing their racket.

When it comes to tennis betting, I have learned that it is most important to know which types of statistics matters most. In team sports, minor weaknesses are easily absorbed by strengths, in tennis, a small weakness often means winning or losing.

Most professional tennis players have a surface they excel at and in tennis there are four surfaces including hard, indoor, clay and grass. The difference is that the ball bounce and player movements are greatly affected, so before placing your bets it is important also to check on which surface the match is played.

Hard courts are where injuries are more likely because players cannot slide like on grass or clay.

Grass courts are slippery, and it could make it difficult for the player to reach the ball quickly, it is the better surface for players who hit hard.

Clay courts slow down the ball and create high ball bounces, on clay advantage is enjoyed by good returners.

Selecting a legal Sportsbetting site is the most important step you will take in tennis betting, always check that the site is regulated and licensed by a reputable gaming authority and that encryption is used to safeguard member’s privacy. Other features that will provide convenience includes currencies accepted, deposit and withdrawal methods as well as odds and the types of tennis betting offered.

Betting on ATP tennis provides an exhilarating experience that can either be extremely rewarding or rather frustrating. To ensure your betting experience on ATP tennis is successful, you will be required to find an online sports betting site that offers an excellent array of betting markets, as well as competitive odds. You will also need to follow the game religiously, and know the overall performance of every player in the tournament. This will eventually lead to long-term profits when you transform your tennis knowledge into winning wagers.

Can I bet on Tennis from my mobile?

Almost all the legal Sportsbetting sites offer betting options across all platforms including mobile and desktop.

How does ATP scoring works?

A best of five sets is all matches; sets are played up to four with a 3-3 tiebreak.

When is it best to make money on betting favourites?

It is always a great way to bet on favourites early in a tournament when they are working their way through the draw since less experienced players are more nervous when they face the best players in the world.

Can I just bet on the ATP even if I am not familiar with previous events?

Many individuals only bet on the major events, without watching prior matches. Personally, I think if you interested in betting on tennis it is best to become a fan and watch matches before betting on major events. Betting strategies depend heavily on player fitness, player stats such as the last five matches at least, injuries, the surface match is played on, player age, racket changes and the best way to actually take tennis betting seriously is to watch tennis.

At what age are professional tennis players best?

Age is hugely important in tennis, a player of 33 is called an older player in tennis. Tennis players in their prime are in their mid-twenties, and a professional player goes downhill when they reach the age of 27. If you are new at tennis betting the up and coming players are a great bet instead of older players on their way out.

In Tennis betting or strategy what is a tie-break?

A tie-break in any tennis match is played to the same rules as advantage sets; a tie-break takes place when the score of two players are tied at 6-6 and play then continues until one of the tennis players reach 7 points.

What is Total Game Betting?

Why I highly recommend Tennis Betting

Tennis is a sport played amongst two professionals when it comes to the ATP, it is the world’s best men’s tennis players, and the game is both fitness and skill demanding. Betting on this highly athletic sport include several factors, which makes it both interesting and highly rewarding for punters. Factors that influence betting strategies include surfaces championships are played on, player performances leading up to the main events, player age, player fitness, and overall performances. Additional factors to consider include new racket sponsorship deals, head to head match stats. Those who do their homework and are passionate about professional tennis, betting can mean a nice payday.