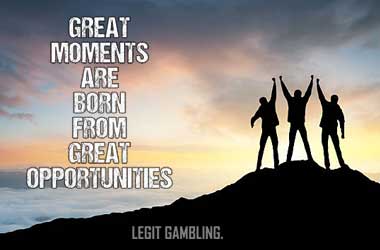 Sports have long been both a unifying and dividing force in the world.

From numerous protests at the Olympics to Billie Jean King defeating the opposite sex in tennis, there have been many moments in sports that have left a notable impact on people.

Some of them even had the power to change the course of history, for example, when Jackie Robinson became the first African-American to play in the MLB.

So, sports don’t only have the power to unite fans, reflect economics and culture, affect international relations, and rise above cultural differences, but also shape society and positively inspire people.

10 Moments Which Brought The Sports World To A Stand Still

Take a look at the top 10 most influential sports moments in history that helped make the world what it is today. 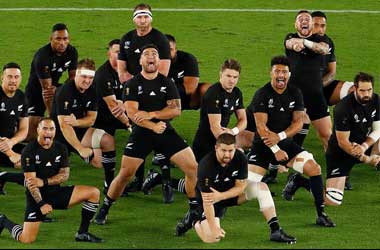 These days, rugby fans don’t find it unusual to set aside a few minutes for a pre-game ritual in New Zealand. But before 1888, Haka had never been performed as part of the sports world. It all changed that year when the New Zealand team All Blacks set Haka into motion with a pre-game ritual.

Haka pays homage to the indigenous Polynesian people of New Zealand — the Maori. Maori performed this dance before battles to prepare themselves mentally and physically. Now, the All Blacks use it for the same purpose before every rugby match.

The ceremonial dance is unlike anything that you’ve seen before as it represents solidarity and brings the community together.

# Lithuanian Basketball As a Symbol of Hope 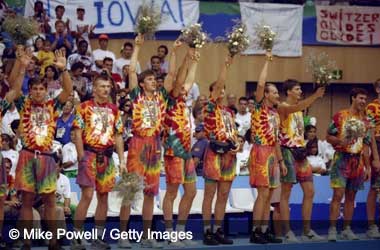 Following the downfall of the Soviet Union, Lithuania has started to regain its independence by preparing for the 1992 Olympics in Barcelona, among other things. However, the newly independent country did not have enough money to send its basketball team to the Olympics.

Although Lithuanian-born NBA players Arvydas Sabonis and Sarunas Marciulionis helped as much as they could, the dream was not possible until an American rock band, the Grateful Dead, wrote a check to the team.

Not only did Lithuanian’s national team go to the Olympics, but they won a bronze medal. The team was dubbed the “other dream team” as their story of coming under 50 years of Soviet oppression became a symbol of hope.

Plus, the team’s tie-dyed uniforms brought the much-needed comedic relief to the story. 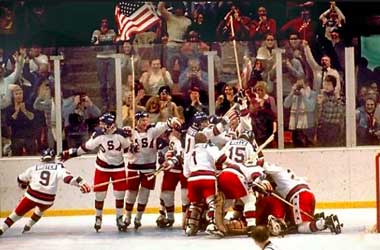 The 1980 Winter Olympics featured a moment that went down as one of the most miraculous moments of the 20th century. An amateur US hockey team, made out of mostly college hockey players, managed to defeat the reigning champions from the Soviet Union. The story still sparks interest to this day, but the four-time defending gold medalists lost to the United States 3-2 in the playoffs.

What might have helped the youngest team in the competition was the advantage of the home field as the Olympics were held at Lake Placid in New York. The event became known as the “miracle on ice” as the US win was scored at the height of the Cold War.

On top of that, the US went on to defeat Finland in the Ice Hockey finals and win the gold medal. 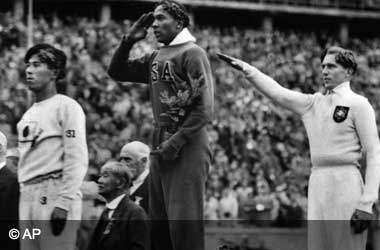 You’ve probably heard of the famous African-American sprint star Jesse Owens. The year is 1936, just before World War II, and Hitler has started to show off Germany’s dominance to the world and his Nazi views on racial superiority. On top of that, he hoped to use the 1936 Berlin Olympics to further prove his ideologies.

Not only did Owens shame Hitler on his own turf, but his fantastic triumphs helped facilitate the civil rights movement after WWII. 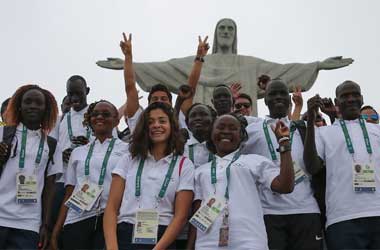 In 2015, the International Olympic Committee created the Refugee Olympic Team to allow displaced athletes to compete in the 2016 Rio de Janeiro Olympic Games. This move helped draw attention to the ongoing problem of displacement in the world, the one that has been present since the end of World War II.

With more than 68.5 million displaced people in the world, the Refugee Olympic Team managed to gather athletes from Syria, Ethiopia, South Sudan, and the Democratic Republic of Congo to compete alongside other countries at the Olympics.

In the end, there were 10 competitors in three sports but, unfortunately, no medals. Another fascinating hockey story from the Olympics but this time at the 2018 PyeongChang Winter Olympics. North Korea and South Korea have agreed to march as one country during the opening and closing ceremonies together in unity under the Korean Unification Flag. They played ice hockey under the team name “Korea” but without any major success.

The first time this happened was 18 years ago, at the 2000 Sydney Olympic Games, when both countries only walked together during the opening ceremony.

This is an extremely important event in history because, as you might know, the Korean war is still officially ongoing. Both parties have only agreed to a ceasefire in 1953 but never concluded a formal treaty. 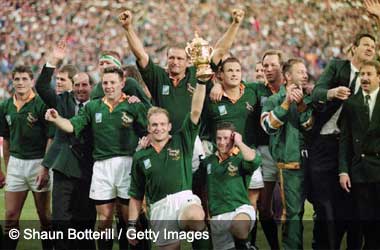 After years of segregationist policies against non-white citizens of South Africa, in the early 1990s, apartheid (or apartness) ended under the leadership of Nelson Mandela. Only a few years later, in 1995, the Rugby World Cup was held in South Africa, and it was the first Cup with every match held in one country, and the first time South Africa was allowed to compete.

Previously, South Africa was not allowed to compete in any international events due to the apartheid, so this was considered to be a significant sporting event for South Africa. South Africa went on to defeat New Zealand in the finals. Nelson Mandela, the first black president, congratulated and presented the trophy to the white South African captain François Pienaar.

This event had an enormous effect on the nation and the world as racial segregation in South Africa came to an end.

# Rumble in the Jungle 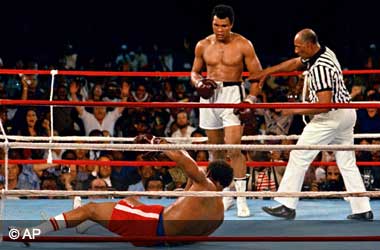 Seven years before the legendary “Rumble in the Jungle” event, Muhammad Ali was sent to jail and stripped off all of his boxing titles for refusing to take part in the ongoing Vietnam war. Hence, in 1967, Ali was sentenced to five years in prison and a fine of $10,000. However, this conviction was unanimously overturned in 1971 by the Supreme Court.

Three years later, in 1974, Ali traveled to Zaire, now the Democratic Republic of the Congo, for a boxing match against George Foreman. The former heavyweight champion and the undefeated current heavyweight champion went head to head in one of the most-hyped matches of all time.

Ali defeated Foreman in an eight-round knockout match and became the face of American boxing around the world, further cementing his legendary status. Even 30 years later, Air Jordans represent a highly sought-after item. It all started with the NBA placing a ban on shoes that weren’t white enough. This ban helped Michael Jordan become an example of individualism and encouraged thousands of people to find their voice.

Once Jordan made “the shot” against the Cleveland Cavaliers to win a crucial Game 5 during the 1989 playoffs, Nike decided to release Air Jordans IV to the global market. They also featured director Spike Lee in their international commercials after he featured the shoes in his movie Do the Right Thing. That moment helped make Air Jordans become the most popular sneakers in the world.

# Cricket as an Olive Branch 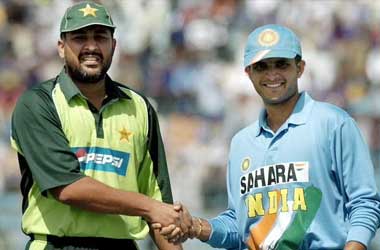 We learned through history that the border rivalry between Pakistan and India is one of the longest and most significant conflicts between the two countries. The conflict started in 1947 when Pakistan was carved out from India by the British based on religious lines. This led to massive killings, genocide, and rioting all over India and Pakistan. The dispute is ongoing to this day.

However, their mutual love of cricket brings the two countries closer together. In 2004, India’s national cricket team went on a tour in Pakistan after decades of conflict. Additionally, thousands of Indian fans went to support their team in the neighboring country.

This event helped to bring the two countries closer and it served as an icebreaker for the rivalry. Their passion for cricket is something that transcends years-long conflict. 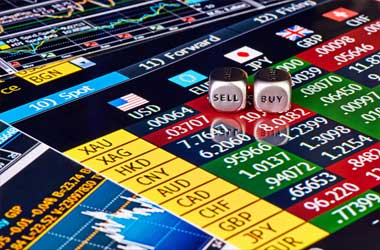 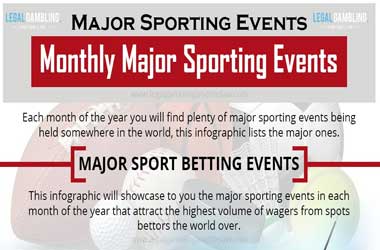