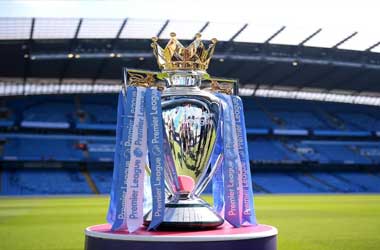 The Premier League returns this weekend with all the excitement and entertainment it brings with it.

As always, Premier League clubs have strengthened their squads with fresh stars and unpolished gems joining the clubs in the English top-flight.

Those new arrivals could prove crucial to top-flight clubs, as in season 2022/23, teams are able to make five substitutes per match.

Two of the biggest arrivals in the Premier League this summer are Erling Haaland to Manchester City and Darwin Núñez to Liverpool. The pair promise to be prolific in season 2022/23.

When it comes to goals, Núñez’s new teammate Mohamed Salah finished as the joint-top goalscorer last season alongside Tottenham’s South Korean international Heung Min-Son, as both scored 22 top-flight goals. Both players are likely to be eyeing another high-scoring league campaign.

Despite the pair’s scoring records last season, new arrival Haaland is the favourite to win the Premier League’s golden boot in season 2022/23 at odds of 11/4. Salah is the second favourite at 9/2, with Son’s teammate Harry Kane the third favourite to claim the award at odds of 6/1. With so many prolific forwards in the league, it will surely be another high-scoring campaign.

Pep Guardiola’s team won the Premier League title last season for the fourth time in five years, including the last two seasons. The Citizens produced a remarkable last-day comeback from two goals down to beat Aston Villa 3-2 and finish on 93 points, just a point above second place Liverpool.

City has been busy in the transfer market. Along with Haaland, Kalvin Phillips has arrived from Leeds. At the same time, highly-rated forward Julian Alvarez will also be available this season after joining from River Plate in January but being loaned back to the Argentinian team.

The likes of Raheem Sterling and Gabriel Jesus also left City for Chelsea and Arsenal, respectively.

City’s status as favourites to win the Premier League title is understandable. The Citizens will once again be the team to beat this season.

Liverpool once again looks like the most likely team to threaten City’s dominance at the top of the table. The Reds have already claimed first blood in the title race by beating City 3-1 in the Community Shield, with new boy Darwin Núñez scoring the third goal.

Jurgen Klopp’s team cannot be ruled out as potential Premier League champions if City slip up.

Their squad is undoubtedly stronger than last season.

Conte’s managerial acumen, coupled with the quality available to the Italian, Tottenham could threaten that duopoly of the previous season’s top-two.

Chelsea does have quality within their squad, as proven in 2021 when they won the Champions League. The Blues will need major luck to have any chance to challenge for the title.

The Cherries are the favourites to suffer relegation after winning promotion from the Championship last season. Scott Parker’s team based their promotion on a solid defensive record, as they had the best defensive record in the second tier.

Despite their solid defensive record next season, it will be difficult to see Bournemouth beating the drop. The team from the south coast have only brought in Joe Rothwell and Ryan Frederiks. The Cherries have a major lack of quality within their squad.

The Cottagers earned promotion by winning the Championship title. Marco Silva’s team were prolific in the second tier, scoring 106 goals, 43 of which were scored by Serbian international Aleksandar Mitrovic.

Silva has shown in his earlier spells in the English top-flight that his teams tend to be naïve and concede a lot of goals. The Cottagers have strengthened their squad with the signings of Kevin Mbabu, Andreas Pereira, Joao Palhinha and Manor Solomon.

However, like Bournemouth, it seems that it is doubtful that the Cottagers have enough to prevent a quick return to the Championship.

The Yorkshire outfit beat the drop on the last day of last season. Jesse Marsch has also lost star pair Raphinha and Kalvin Phillips to Barcelona and Manchester City, respectively.

The Whites have negated the pair’s loss by bringing in Brendan Aaronson, Luis Sinisterra, Marc Roca, Tyler Adams and Rasmus Kristensen. However, none of the new arrivals has any Premier League experience, so they could either thrive or struggle in the English top flight.

Without their two best players from last season, Leeds could well be in for a long season.

The Toffees only preserved their Premier League status on the penultimate gameweek of last season. Frank Lampard’s team had to come back from two goals at home to Crystal Palace to record a 3-2 win at Goodison Park.

The men from Merseyside struggled for much of last season. To add to Everton’s problems, they lost Brazilian star Richarlison to Tottenham. However, the Toffees have brought in solid centre-back James Tarkowski and youngster Dwight McNeil.

They are also expected to strengthen their squad further before the transfer window shuts or even before the season starts on Saturday. The identities of the new signings could well determine if Everton is involved in the fight for survival.