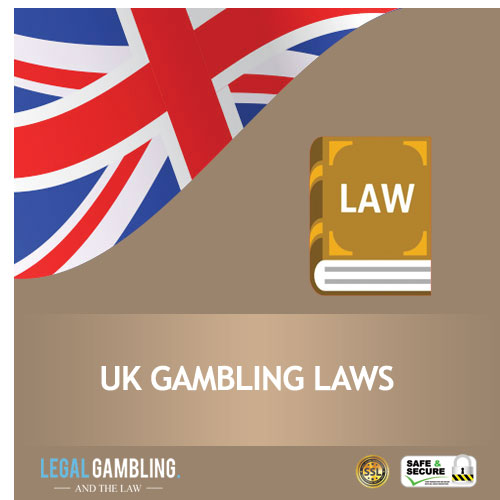 Gambling can be considered one of the oldest forms of pastime activities which many Britons enjoy on a daily basis.

Be that betting on horse racing, Premier League football matches, the outcomes of elections, or playing various casino games both in land-based and online casinos, gambling comes in many shapes and sizes and has evolved dramatically over the years.

However, it is essential to keep gambling in check because it can have detrimental effects on people. This is where the gambling laws and regulations come in handy.

The gambling laws aim at curbing adverse effects and reigning in on things such as underage gambling.

In this article, I will tell you more about the gambling laws in the UK, as well as show you:

To help you get a broader picture, I will start with the history of gambling in the UK and take it from there. Buckle up, as I will be your ghost of UK gambling past, present, and future.

The History of Gambling in the UK

The History of Gambling Laws — The Timeline of Laws and Acts

The first noted laws and regulations that involved gambling went through Parliament back in the 19th century. At the time, the legislation was heavily influenced by religious and moral sentiment but was also shaped by class differences, where the rich had all the privileges while the working classes had to bear the brunt.

The first act of Parliament that dealt a blow to the growing gambling on horse racing and all other illicit forms of gambling was the 1845 Gambling Act. To put it more precisely, the act itself didn’t deem betting and gambling illegal but rather focused on discouraging the practice by making all wagers enforceable in the eyes of the law. This meant that, even if your bettor or bookmaker ran away with your money, you would receive no help and protection from the law.

At that time, many bettors and bookmakers could be found anywhere, from local gambling dens to public racetracks; however, the act was directed more towards the working classes and giving the police more power to control the gambling that goes on among the working classes while the upper classes were considered exempt from the act.

Some other highlights from the act focused on making cheating illegal and punishable by law. These sections of the law remained in power until reasonably recently; until 2007 to be exact.

Another gambling-related Act that found its way to the Parliament was the 1853 Betting Act. This act did not ban betting; on the contrary, it focused on putting a ban on the use and keeping any property for the purposes of betting or gaming. Also, the act aimed at keeping the betting reserved for race tracks instead of having the off-track betting houses all over the UK at the time.

This approach, in fact, led to the expansion of betting on both sides of the specter and turned horse racing into the number one pastime activity for Britons in the Victorian age. Many famous racetracks, such as Cheltenham, Newmarket, Epsom, became increasingly popular as the result.

The number of on-track betting shops was on a par with the off-track ones, especially when at the beginning of the 20th-century greyhound racing came from the US. It allowed the working classes to bet on hounds, as the majority of the racetracks were within cities, unlike the horse racing tracks that were on the outskirts of cities.

The moralist considered the increase in betting on horses and dog racing a growing threat and vied for a new law to be passed, banning all the betting that took place in the cities and local pubs where bookies set up their bases and operations. This culminated in the passing of the 1906 Street Betting Act that should have stopped all on-street betting, but to no avail. The police were reluctant to enforce it and even took bribes to look the other way.

In an attempt to find a middle ground and appease both sides, a new gambling act surfaced: 1934 Betting and Lotteries Act. This act led to limitations on how many races could be scheduled in a year, the minimum age of bettors, and the issuing of betting licenses. The number of races was limited to 104 per year, and no person under the age of 18 could participate. Also, no private lotteries and prize competitions were allowed.

The 1960 Betting And Gaming Act

Probably the most significant change in the British law regarding betting and gambling came with the 1960 Betting And Gaming Act. This act effectively made it possible and legal to establish betting shops and place your bets there instead of in some dark back alleys. However, this act wasn’t kind on greyhound betting and led to its demise.

The ultimate change in the legal system of the UK regarding gambling and its forms came with the 2005 Gambling Act. The 2005 Gambling Act aimed at making all forms of gambling regulated and licensed by the respective government established body, known as the Gambling Commission. With this new act, the legislator wanted to ensure all gambling is conducted in a fair and regulated manner, and that all sensitive groups, like minors, are kept away from it.

Also, this act will prevent gambling from being a source of crime or disorder and ensure all gambling providers follow strict regulations and norms.

The following is a list of major breakthroughs in the UK legislation involving gambling:

How is Gambling Regulated in the UK — The UK Gambling Commission

Under the latest 2005 Gambling Act, all bookmakers, casinos, lottery and bingo operators and providers, both online and land-based, must be licensed by the UK Gambling Commission if they are to offer services to players from the UK.

These operators are required to prove they are financially stable and capable of maintaining it so, as well as provide fair gaming conditions. The UK Gambling Commission verifies all these aspects.

The UKGC is in charge of issuing a gaming license to online and land-based operators for all types of gambling and gaming services. As their main objectives say, they make sure all gaming is fair and reliable, and that no criminal actions are associated with gaming.

Before an operator becomes licensed, they have to go through a thorough examination of their finances, as the UKGC requires all bets to be covered with funds deposited in banks UKGC chooses, so all winnings must be paid. Also, all RNG-powered and Live casino games are tested to see if their outcomes are indeed random and fair.

Even after issuing an operator with a license, the UKGC continues to make frequent checks and audits of their systems and finances, and ensure players are always taken care of. Also, there are gaming commissions from outside the UK that have been whitelisted by the UKGC which wanted to make sure that UK players who play in other jurisdictions are provided for. So, betting sites and casinos that have been licensed by the following commission are also safe and secure.

Apart from online and land-based casino and betting operators, the UKGC is also in charge of the National Lottery and its games.

Since online gaming is legal and regulated in the UK, players do not have to worry about being persecuted for betting on sports or playing poker, roulette, slots, or other casino games.

All types of gambling are under the jurisdiction of the UKGC, and the UKGC must license all online operators if they are to offer their services to players from the UK.

Players need to be over 18 and have an Internet connection to participate in online gaming. With the 2005 Gambling Act in power, the legal framework for gambling was set, and players can enjoy a safe and secure gaming environment.

The gambling laws in the UK have changed dramatically over time, but are hailed as the leading ones in the world. With all forms of gambling, both online and land-based deemed legal and under the supervision of the governmental agencies, players in the UK can feel at ease when wagering at their favorite sports or spinning the reels at top online and land-based slots. How has the change in the gambling law affected you? Do you feel safe and secure in UKGC licensed sites? I would love to hear your opinion, so please post it in the comments section below.

When was gambling legalized in the UK?

Gambling was first legalized in the UK with the 1845 Gambling Act.

Was gambling illegal in the 1920s in the UK?

Gambling in 1920s UK was only possible and legal on horse and dog racing tracks. All other forms of gambling were prohibited and deemed illegal.

What is the legal gambling age in the UK?

The legal gambling age in the UK is 18.

Who regulates gambling in the UK?

All forms of gambling are regulated by the United Kingdom Gambling Commission established according to the 2005 Gambling Act and supervised by the Department for Culture, Media and Sport.

At the age of 16, you can participate and gamble on the National Lottery, lotteries, and football pools, as well as some non-commercial gambling, low stakes and prizes gambling.

Are England and Ireland gambling laws the same?

No. The gambling laws in England and Ireland are not the same.

Yes, they do. The UK gambling laws apply to online gambling as well.