Blockchain Slashes US Govt. Contract Award Time From 100 To 10 Days

In FY 2016 alone, the US Federal Government spent $461B on contracts to acquire goods, services (notably construction), and interests in real property by and for the use of the Federal Government. The procurement is based on the Federal Acquisition Regulation enacted in 1974. The regulation provides “uniform policies and procedures for acquisition” to ensure fairness, integrity, and openness in federal procurement.

For the past four decades, federal agencies have established a number of contract writing and support systems. However, none of the technologies have turned the process dramatically easier and simpler for contracting officers.

Despite an ever increasing complexity in markets and supply chain management, thousands of contracting officers rely on legacy systems to solicit, receive, and evaluate offers. This process goes on continuously in order to award contracts on a daily basis. This complex, time consuming process threatens the underlying principles of fairness and openness in federal procurement. In particular, undercapitalized small businesses are the most affected due to this inefficient procurement mechanism.

Blockchain was invented as a response to the collapse of the financial system in 2008. The distributed ledger technology aims to create a decentralized, self-regulated financial ecosystem, free of fraud, abuse, and unwanted political influences. A decade after its conception, the blockchain industry has started hogging the limelight.

Blockchain was originally created to make the financial system trustworthy and cost efficient. Cryptocurrencies were an outcome of the invention. However, blockchain is now being implemented in almost all the sectors. In particular, it has gained prominence in logistics, shipping, real estate, medical record storage, and financial services. Blockchain offers so much advantage over traditional practices that even the federal government, the world’s largest buyer, cannot discard it anymore.

The proof of concept, which was built in seven weeks, automated the procurement process. More importantly, it reduced the average contract award time from 100 days to less than 10 days. Complex tasks such as financial review was automated through the use of blockchain. It also eliminated human error, bias and subjectivity from the process. A smart contract deployed in the blockchain automatically calculated the financial health score from the offerors’ balance sheets and income statements. The entire process was standardized using commercial and government practices.

Furthermore, the use of blockchain ledger ensured that vendors were kept abreast of the developments. Vendors received alerts on a real-time basis as the offers progress through the workflow. This made the process transparent, while preserving the privacy of each transaction. The success of this pilot project is expected to bring a drastic change in the federal procurement process.

While a blockchain can be public, permissioned, and private, federal agencies may opt for a private blockchain to facilitate procurement transactions among pre-screened vendors with digital identity certificates.

The Federal Acquisition Regulation (FAR) provides guidelines to ensure integrity, openness and fairness in federal procurement. The blockchain technology will enforce those policies through a system of procedural trust embedded into the platform.

By using blockchain technology, the federal procurement process can be more transparent, efficient, faster, and less vulnerable to fraud and abuse. More importantly, by design, a blockchain preserves the integrity of the assets and transactions between multiple parties within the value chain. Additionally, blockchain will avoid unnecessary litigations, while promoting competition in a healthy manner. It will also provide an organization with unique insights into the procurement value chain unavailable previously. 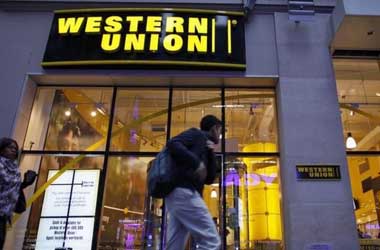