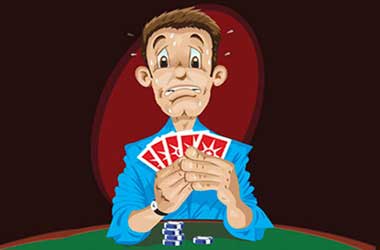 We all know learning poker can sometimes be challenging, but no good skills ever came without hard work and dedication.

The game of poker is exciting and demands a lot of mental effort, so it’s no wonder why so many rookie players tend to make certain mistakes.

By the time you are finished reading this article, you will have learned about the common rookie mistakes and other important aspects, such as:

Getting to know and understand a game of poker should be viewed as a never-ending process, as it is a game that takes a lifetime to master, and some people never do that. Learning the basics about how the cards are dealt or how bets go is just the beginning, but is far from everything. A big part of the game of poker takes place inside players’ heads and on the mental levels. Confidence, being composed in the face of great adversity, and knowing when to proceed or drop the hand you are playing are some of the many qualities a good poker player should have.

No matter if you are on a quest to excel in Texas Hold’em, Omaha, Stud, or any other kind of poker, you are up against a formidable enemy with many tricks up their sleeve.

However, you shouldn’t be intimidated by it. It is an exciting game of skill, mental toughness, the ability to read through people’s actions and strategy. Things change rapidly in the game of poker, and the excitement can become addictive with all that rush of adrenaline that comes when you see you have a good hand dealt. For example, this is when most rookie players are susceptible to making some big mistakes.

In this article, we are going to talk about what are the most common rookie mistakes in poker and how to avoid them.

1.  Playing Too Many Hands

Sometimes, rookie poker players are inclined to play every hand at the table out of fear of missing out on the action. Rookie players don’t seem to realise the value and prudence behind passing certain bets when they hold a weak or a medium-strong hand.

Also, there are numerous cases where beginners would play too many hands in an entirely lethargic and passive way, without thinking about the consequences. They would call on other players preflop raises just to see them flop. However, the sharks at the table would exploit such behaviour and lack of judgement, and put pressure on beginners who normally won’t follow the raises bet after bet.

The biggest problem with playing too many hands is not the fact that beginners will rarely flop; to be honest, no one likes to flop, but that they won’t know if their hand truly the best at the table. If playing every hand becomes your default poker “strategy”, you can soon find out you have burnt through your chips in no time. Instead, focus on the hands that can make a difference. Build your move based on the cards you already hold in your hand instead of waiting for new ones to strengthen your position. In poker, as in war, sometimes falling back and regrouping can be the game-changer, as not all battles are won with the charge.

2. Not Sizing the Bets Properly

It has been noted that many novice poker players feel uncertain about how much they should wager in a particular situation. Beginners are most likely to display two types of betting styles from the get-go, and both of them can be classified into extremes. First, the timidity in betting might ensue. This timidity is usually conditioned with the lack of confidence in their poker skills and results in betting too little and being passive during the play.

These players are typically worried about other players folding at once if they bet a bit more and usually check, thus waiting for other players to do the betting for them. The other extreme is when players place a sizable bet at the river in an attempt to raise the pot size, but in fact, they only scare off other players and reveal the strength of their hand.

The key is in finding the right balance. Percentage-wise, missing the value of your bet and its timing of only one in five hands could reduce your profit margin by 25%, and that could prove to be a substantial hit to your chip count. The best thing to do here is to find the right balance and don’t be scared to hit the player’s hand if you have a good read on them, but also be wise enough to lure them into your “trap” by slowly raising the bet, and not to scare them off.

3. Bluffing Every Time/Not Everyone is Bluffing 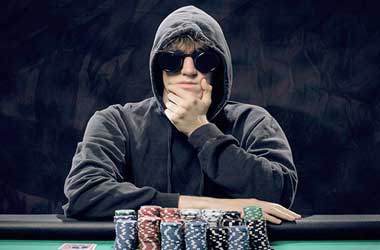 It is a common misconception that poker is all about bluffing and tricking other players into thinking you have the strongest hand. While bluffing is an indispensable tool at the poker table, it is easy to get carried away with all that bluffing and think that everyone around you is bluffing. This thinking might lead to expensive postflop folds when you get called on your bluff.

One of the reasons why beginners are willing to bluff their way into almost every hand is that they might be reluctant to let go of the hand. Folding is often seen as a sign of defeat by many, but in fact, it is far better to fold a hand that makes you feel uncertain then proceed and hope everyone else has equally bad hands.

Also, if you bluff too often, it will get too obvious, and other players would quickly call you on your bluffs. For the bluff to be successful, you need to get other players to believe in it by carefully setting the stage for it, and not rushing it.

It is also worth noting that not all players at the table are bluffing. Before you hone your poker skills to the degree that lets you call people on their bluffs, refrain from doing so on too many occasions, as it can cost you a lot of money.

4. Letting the Emotions Control You

We are all living creatures here, and that implies emotions. Poker games can be quite overwhelming in terms of the mental labor required to play any kind of poker. When you add emotions to the mix, what you might get is a powder-keg of a player, and many novice players can be like that. Of course, it is certainly not pleasant to lose consecutive hands, but there is a reason why poker is a psychological game.

Players who easily get carried away are prone to making rash betting mistakes such as chasing and committing to a hand. It is difficult to walk away from a game when tilted, and if you keep chasing and betting in the hope that other card can lead to straights and flushes, or calling bets to get another pair for your card suit, your bankroll might suffer a big hit. Also, they might decide to hold on to a hand, albeit it being of average value as they don’t want to give in to the players that challenged them. Actions of this kind might lead to disastrous outcomes, so all rookie poker players should focus on learning how to control their emotions from day one.

5. Betting Over the Bankroll

Quite frequently, rookie poker players found themselves wagering money that they can’t afford to lose. Bankroll management is an important skill and shouldn’t be overlooked. Variance is at the core of poker game, which means that you can be doing great at one point, and enter a losing streak at another. If they don’t manage the funds well, they might quickly burn through all of their chips. Once they have developed the high-level poker skills, they will feel more confident about their game and bets, but until then, all rookie players should keep a close eye on their bankroll when in play.

In this article, we discussed the common mistakes all new poker players need to make, and I am sure that this discussion raised some awareness and that it helped you consider other aspects of your game. Also, it is important not to get discouraged. No matter if you make a mistake or two, know that all players, even the champions, had to go through the learning process, and if you are focused and dedicated to the game of poker, you will learn of the ways to come out on top of every game.

Thank you for the good writeup.

I think i’ve made a few of those mistakes in the past, worth knowing so to avoid in the future 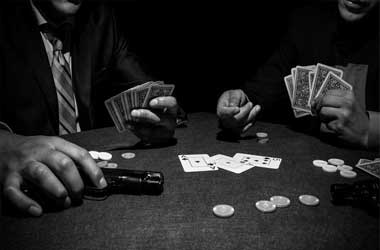 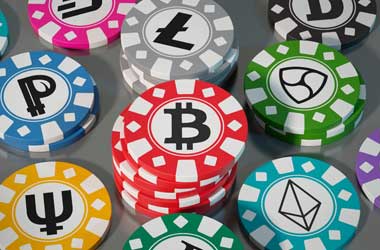