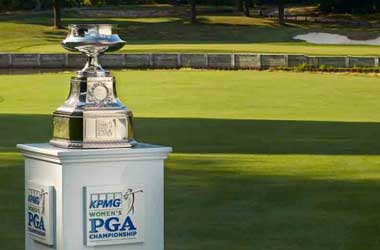 The Ladies Professional Golf Association (LPGA) is set to return to the Aronimink Golf Club in Newtown Square, Pa., for the KPMG Women’s PGA Championship starting Thursday. The tournament will be the third of four major championships on the LPGA Tour schedule, succeeding the ANA Inspiration and preceding the season’s culminating U.S. Women’s Open, scheduled for December.

Like all other golf tournaments this season, the KPMG Women’s PGA Championship was impacted by the COVID-19 pandemic, which forced the organizers to reschedule the competition from its initial date (June 25-28) to early October. Additionally, the Pennsylvania Department of Health and the LPGA agreed to host the event without a live audience, which, while a necessary measure, is a rather disappointing decision for an event that usually draws in a sizeable crowd.

The 2019 KPMG Women’s PGA Championship was played June 20-23 at Hazeltine National Golf Club as the third of five 2019 LPGA Tour major championships. The field featured some of the biggest names in the scene including LPGA Hall of Fame members in Laura Davies and Karrie Webb, as well as eight past Women’s PGA Championship winners in Shanshan Feng, Brooke Henderson, Danielle Kang, Cristie Kerr, Anna Nordqvist, Inbee Park and Park Sung-hyun.

Despite the incredibly stacked field, it was the 22-year-old Australian, Hannah Green, who rose to the occasion and won the event by one stroke over the defending champion Park Sung-hyun. It marked her first victory both on the LPGA Tour as well as women’s major and the first wire-to-wire win at the Women’s PGA Championship since Yani Tseng in 2011.

We can be sure Green will be eager to repeat their success and pocket the lion’s share of a multi-million prize pool; however, she is not priced as one of the top-10 favorites to achieve that feat. Instead, it’s a bunch of usual suspects in Danielle Kang, Inbee Park and Minjee Lee, who are billed as the main names to go all the way.

But do the betting odds reflect the true picture of player’s strength, or are we in for another historic win from an underdog?

Here we will look at the three favorites with the KPMG Women’s PGA Championship as well as one underdog who could impress. 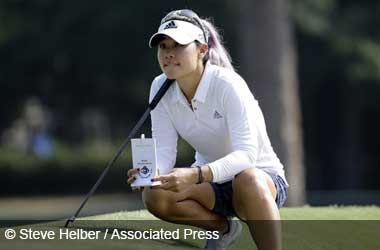 Danielle Kang has established herself as one of the best female golfers in the world. Even though she has dropped down to third place in the LPGA Rolex Rankings, the 27-year-old American golfer is still one of the main contenders for the title.

Since the turn of the year, Kang has already won the Drive on Championship and the Marathon Classic, as well as finished in a fifth-place tie at the Ladies Scottish Open.

It’s worth noting her performances were slightly disappointing since her appearance at The Renaissance Club, as she managed only a 32nd-place tie at the Women’s British Open, a 49th-place tie at Walmart NW Arkansas Championship, and 11th-place tie at ANA Inspiration and most recently a tie for 12th at the Portland Classic.

Nevertheless, Kang is ranked third for scoring average (69.515) and first in sub-par holes (4.27 average), so she is definitely one of the main names to look out for this week. 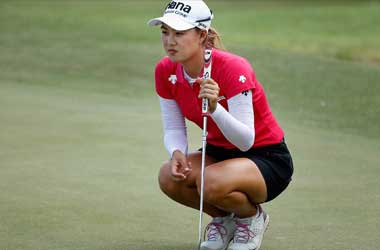 Minjee Lee is enjoying a very impressive season, having put up impressive results in both Women’s British Open (third) and ANA Inspiration (tied for seventh).

Although she failed to show up at the Portland Classic (T42) and most recently at the Shoprite LPGA Classic (T18), the Australian golfer is not someone to write off.

Since her 25th-place tie finish at the Women’s Australian Open in February, Lee has finished inside top 10 four times, which, besides the aforementioned achievements, includes a third-place finish at Drive on Championship and fourth at Marathon Classic.

The only concern with Lee is her lack of experience in comparison to Danielle Kang and Inbee Park; however, that does not take away from her strong form, which makes her one of the strongest contenders for the LPGA title this season. 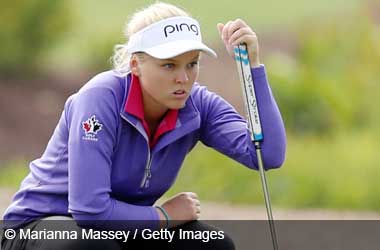 The 2016 Women’s PGA Championship winner is set to contest her second title after strong showings across the last month. The 23-year-old Canadian kicked off the season with a fourth-place tie finish at Diamond Resorts Tournament of Champions to which she added a 15th-place tie at Gainbridge LPGA, a tie for sixth at Shoprite LPGA Classic and most notably a tie for second at ANA Inspiration.

After a strong performance at ANA Inspiration, we can be sure Brooke Henderson is as motivated as ever to repeat her success from 2016, and it’s hard to undervalue her ability to achieve that feat.

Henderson is currently ranked fourth in LPGA Rolex Rankings and boasts the highest Greens in Regulation (78.57%), second-highest scoring average (69.38), as well as third-highest Rounds under par (15) and rounds in the 60s (12). 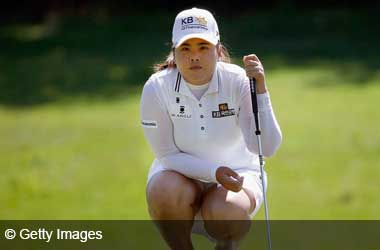 Park is ranked sixth in the scoring average (70.034) and is sharing the top spot with Minjee Lee with the most top-10 finishes (five) in 2020 season, which translates to 56% top-10 success rate in nine events attended.

Even though success was hard to come by for Park since she won the Women’s Australian Open, the 37-year-old veteran is still one of the most consistent golfers in the field and one of the best putters in the LPGA.

Our prediction comes down to Brooke Henderson and Danielle Kang, who both look more than ready to win the KPMG Women’s PGA Championship. Deciding between the two, however, is much easier said than done, considering Henderson’s great form and Kang’s undeniable ability to go the distance.

Nevertheless, both golfers are priced at very generous odds, so placing a wager on both seems like the best decision to make. Backing Lee to finish in top-10 is another bet worth considering, albeit at slightly lower odds.