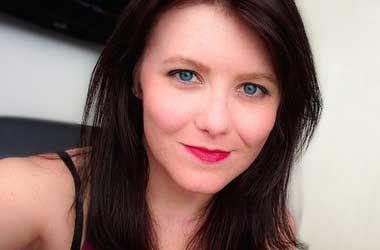 All of a sudden yesterday, without any kind of notice, the MyEtherWallet social media account handle was changed to @MyCrypto and without the permission of MyEtherWallet co-founder Kosala. The move to change the twitter handle name coincided with MEW’s co-founder Taylor Monahan announcement that she would launch a new crypto currency wallet service named MyCrypto.

The unannounced changes caused confusion and outrage among the users of the MyEtherWallet (MEW), a free, open-source, client-side interface for generating Ethereum wallets & more. Interact with the Ethereum block chain easily & securely.

The first tweet, carrying MyCrypto.com handle, directs to a blog post giving the timeline of events which led to the creation of the new crypto currency wallet service by Taylor.

The blog post ends with a bold statement:
MyEtherWallet LLC was sufficient for the early stages of growth. MyCrypto is designed with next-level scaling in mind from the beginning. The team I have assembled over the past 9 months and I will now be be building, providing support, educating, and ensuring the security of https://mycrypto.com and all future products.

The above tweet was followed by another blog post by Taylor to clarify the doubts that may arise in the minds of MyEtherWallet users. The self-generated Q&A post provides the following clarifications:
a. MyCrypto team comprises of 20 members, including Kevin Monahan, Taylor’s husband. Most of the MyEtherWallet employees have joined voluntarily.
b. Some of the objectives of the new company ( according to Taylor) are:
• the best product to empower people to interact with the blockchain.
• to operate as a fully transparent, compliant, and legitimate organization capable of balancing all the interests involved.
• Build MyCrypto with the proper business and legal structuring mindset from day one to avoid these types of circumstances in the future (hired a Compliance Officer and proper lawyer!).
c. Regarding the use of MyEtherWallet handle, Taylor has clarified that “MyCrypto in no way intends to steal the fruits of MyEtherWallet’s promotional efforts.” MyCrypto team further stated in the blog post “We have worked with Twitter to follow all procedures and policies, including becoming a verified user. We apologize for any confusion or inconvenience this has caused the community.”

Soon, the other co-founder Kosala (@kvhunke_) gained control and restored the twitter handle to MyEtherWallet. He also posted the following tweet:

https://t.co/zD327znNCg is secure and functioning normally. Your wallets have not been compromised, and you may continue to use MEW as intended. At present, however, we are investigating what we believe to be an improper, perhaps unlawful, social media account switch

Further, Kosala made a detailed Reddit post explaining the events and the latest status. He has also also appreciated the manner in which she took care of business development/designing in the early stages of the company.
According to Kosala

“Alas, for reasons I cannot delve into here, our partnership had to end. During the transition yesterday, however, MEW’s Twitter account was switched from @myetherwallet to @mycrypto, and tens of thousands of MEW followers were left scratching their heads. Indeed, the change was unexpected, and I’m still in the process of determining the justification behind the switch, and how this issue will be resolved. I don’t know what the fall out from this will be ultimately, but I will not be on the offensive or defensive discussing the circumstances surrounding our decision to separate beyond my statement here.”

While acknowledging competition as a good thing, Kosala stated that he and his new team will focus on improving MEW for existing and prospective users.

Last year, Kosala had asked for the company books, records, and documents and Taylor had refused to give. That had resulted in a court case, where Kosala is the plaintiff and Taylor is the defendant. The case was filed on December 14, 2017.

The hijack of twitter handle by Taylor was responded with acrimonious comments by the users of MyEtherWallet. 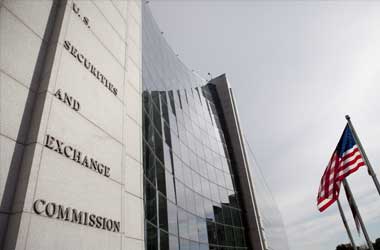 Tron Inks Deal With Shift Markets, TRX To Be Offered By 9 Forex Brokers