The Libra Project from Facebook has faced more than its fair share of challenges from the moment it was announced.

When Facebook announced that it had plans to launch its own cryptocurrency, major governments from around the world expressed their concern and asked Facebook to be more transparent about Libra.

The last few months has been difficult for Libra as it has had to deal with one challenge after another. Most recently, PayPal which was one of its major payment partners decided to leave the project without specifying a precise reason. Some of Libra’s major partners have followed in the footsteps of PayPal.

Some of the top partners including eBay, Stripe, Visa, and MasterCard have all confirmed that they would be leaving the Libra Project. This is a big blow for Facebook and Libra since there were only 28 founding members of the Libra Project. With five members gone, it signifies the elimination of nearly one-fifth of the membership. It does not help that their departures were right before the Libra Association was slated to meet to finalise its charter agreement.

All of the partners who have now abandoned the project are payment providers which is big blow for both Libra and Facebook. While these major companies have stopped supporting Libra, they have expressed their support for the ideas behind Libra which is essentially a decentralized currency and faster payments around the world. However, they claim that supporting Libra would not be in their best interests at this point in time.

In a statement, Visa said,

We will continue to evaluate and our ultimate decision will be determined by a number of factors, including the Libra Association’s ability to fully satisfy all requisite regulatory expectations. Visa’s continued interest in Libra stems from our belief that well-regulated blockchain-based networks could extend the value of secure digital payments to a greater number of people and places, particularly in emerging and developing markets.

Regulatory guidelines seem to be the sticking point here as Mark Zuckerberg is supposed to be testifying to the U.S. House Committee on Financial Services on October 24.

The biggest concern for Libra as of now is that more supporters might also start dropping out. This will not help the cryptocurrency as Libra brought top companies on board and wanted to use their market reputation to enhance the cryptocurrency.

With these major companies backing out, the opposition is happening as the market could lose faith in Libra even before it gets launched. 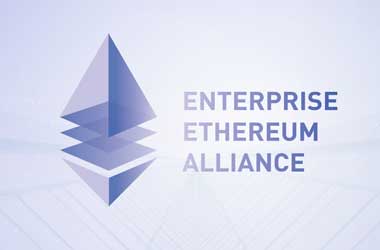