A new bill, named CLOUD (Clarifying Lawful Overseas Use of Data) Act was enacted into law on March 23, 2018, with support from both Republicans and Democrats. The bill enables the law enforcement agencies to bypass Fourth Amendment, which provides protection for communication privacy.

The bill allows law enforcement agencies to access all forms of electronic data, including emails, chat logs, messages, online videos, photos, and files, even if the data is stored on servers in another country. Furthermore, the CLOUD Act permits the regulators to send information from the US servers to other countries on a case-by-case basis. Both Republican and Democratic Senators supported the bill, which was introduced by Republican Senator Orrin Hatch.

The CLOUD Act is similar to Section 702 of the FISA Amendments Act, which gives the US intelligence agencies (FBI, CIA, NSA, etc.) the right to search, read, and share our private electronic messages without a warrant in place. The law was recently extended for another six years.

The CLOUD Act allows the US police to obtain the data and use it against them, if necessary, without complying with the Fourth Amendment. There are two sections in the CLOUD Act: (S. 2383 and H.R. 4943). Firstly, it allows US law enforcement agencies to gain access to data stored anywhere in the world, without giving any consideration to data privacy rules In another country. Secondly, it empowers the US President to unilaterally enter into executive agreements with any country or even with tyrants.

The bill states
“The CLOUD Act bridges the divide that sometimes exists between law enforcement and the tech sector by giving law enforcement the tools it needs to access data throughout the world while at the same time creating a commonsense framework to encourage international cooperation to resolve conflicts of law.”

Andreas Antonopoulos, a cryptocurrency expert, has expressed concerns about the act.

The CLOUD Act passed. It destroys privacy globally, so it had to be snuck into the $1.3 trillion omnibus without debate.

Digital rights group, the Electronic Frontier Foundation (EFF), was the only organization so far to have openly criticized the act.
The American Civil Liberties Union (ACLU) has commented as follows:

“Threatens human rights, jeopardizes the Fourth Amendment interests of individuals inside the US, and provides an alarming level of discretion to the executive branch at the expense of congressional authority.”

However, tech giants such as Microsoft, Google, Apple, Facebook, and Yahoo has supported the CLOUD Act.

The proposed CLOUD Act creates a modern legal framework for how law enforcement agencies can access data across borders. It’s a strong statute and a good compromise.

Introduction of this bipartisan legislation is an important step toward enhancing and protecting individual privacy rights, reducing international conflicts of law and keeping us all safer. The CLOUD Act encourages diplomatic dialogue, but also gives the technology sector two distinct statutory rights to protect consumers and resolve conflicts of law if they do arise. The legislation provides mechanisms to notify foreign governments when a legal request implicates their residents, and to initiate a direct legal challenge when necessary. 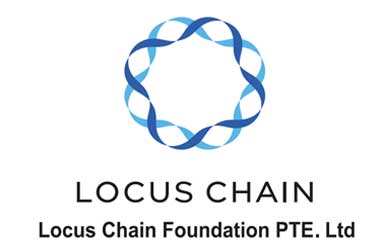