Johnson has confirmed to CNBC that he has parted ways with the news network this week and started at Ripple. Johnson, a former hedge fund manager, covered technology for eight years in TV and Bloomberg Radio. Johnson, who has lived over two decades in the bay area and worked for numerous organizations, including CNBC, will be working in tandem with Ripple’s CFO Ron Will.

Ripple has two tasks ahead. Firstly, it has to successfully complete the beta stage and launch the platform. Secondly, Ripple has to simultaneously forge successful partnerships with financial institutions. Eventhough, it has entered into agreements with MercuryFX, IDT, MoneyGram, WesternUnion, Satander, Indus Ind, Central bank of Saudi Arabia, the UAE exchange, and Cambridge payments, among others, more needs to be done to make it a formidable competitor to SWIFT, which has recently launched NPP (New Payments Platform) for real-time payments.

Furthermore, only the xRapid platform of Ripple uses XRP coin. The xCurrent platform does not. So, Ripple has to ensure that xRapid gains popularity among its users so that the value of XRP will rise. For these things to happen, a solid market strategist is a must and Johnson perfectly fits the role.

Ripple holds as much as $49 billion worth XRP in an escrow. According to the escrow agreement, every month 1 billion XRP is released to Ripple for its expenses. The coins are sold directly to big financial institutions, based on the market value. Unsold Ripple will get locked again in escrow for 55 months. The company realized $91.60 million in the fourth-quarter of 2017 through the sale of Ripple coins. The price of Ripple coin has fluctuated wildly between $0.61 and $3.84 this year.

“The role of Ripple as a company and XRP as a currency in financial markets, to regulators, financial institutions and investors could use more explaining. I’m going to try and explain, listen and set strategies to make it easy for Wall Street and the world of finance to understand what we’re doing.”
Johnson did not provide any clues regarding the compensation he is likely to receive for the job. He intends to split his time between San Francisco and New York. 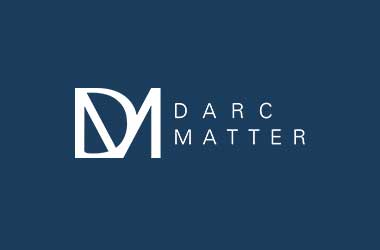