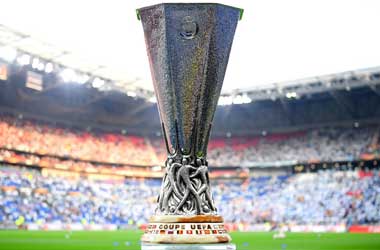 The 49th iteration of UEFA Europa League will come to a close this Friday, August 21, with a highly exciting clash between the Italian Inter Milan and Spanish Sevilla who will lock horns in the grand finals of the second most prestigious European football competition.

The spectacle will be held at the 1. FC Köln‘s home stadium RheinEnergieStadion in Cologne, Germany, which is known for previously hosting four World Cup matches in 2016.

Bet On Sevilla vs. Inter Milan On Our Best Sportsbooks

Interestingly enough, the Sevilla vs Inter Milan clash will mark only the second time in the history of the competition when an Italian side will meet with a Spanish team following the Juventus vs Athletic Bilbao clash in 1977.

Let’s take a look at who you should consider when you go to bet on this affair coming up later this week!

As the most successful team in the history of UEFA Europa League, Sevilla will be entering the grand finals looking to hoist their sixth Europa League trophy and the first since 2016, when they trashed Liverpool 3-1.

Unlike Inter Milan, who began their road to the Europa League grand finals in the UEFA Champions League, Sevilla started their campaign in Group A alongside APOEL, Qarabag and Dudelange. Even though the Spanish side failed to come out of their group with a perfect record, they still proved they’re a class above the remaining three teams with a 5-0-1 record and 14:3 goal differential.

In the 1/16 finals of Europa League Sevilla met with CFR Cluj, who proved to be a much tougher opponent than many had expected, since Sevilla only barely managed to secure a promotion, thanks to an away goal in the first leg (1-1). Nevertheless, Sevilla did not fail to impress in the latter stages of the competition with a 2-0 win over AS Roma in the 1/8 finals, a 1-0 quarter-finals win against Wolverhampton Wanderers FC and an impressive 2-1 semi-finals win against Manchester United last Sunday.

Sevilla’s route to the RheinEnergieStadion was not nearly as impressive as that of Inter, however, the Spaniards still deserve some praise for their 8-2-1 record through the competition, during which they scored 20 goals (22.42 xGF), and conceded only five (9.84 xGA). Their top scorer Munir managed five goals in 11 games, which translates to 3.05 xG.

Inter Milan have looked exceptional this season and while they narrowly missed out on their 19th Serie A title, the Nerazzurri can be happy with with the improvement they have shown through the past couple of years. Even though Inter are still miles from reaching the status they held in 2000s, when they dominated the domestic league and were feared across Europe, Antonio Conte’s men performances throughout UEFA Europa League are nothing to sneeze at.

Inter began their journey through the Europan competition in a tough Group F of the UEFA Champions League, where they got paired with Slavia Prague, Dortmund and Barcelona. Despite their best efforts, however, Inter managed a rather underwhelming 2-1-3 record, which saw them miss out on the playoffs by three points due to a late 84th-minute goal from an 18-year-old Anssumane Fati in their final group stage match against Barcelona.

Nevertheless, with a third-place finish Inter still secured a bye into the UEFA Europa League playoffs, where they went on a tear and crushed everyone in their path. In the 1/16 finals, Inter humiliated Ludogorets (4-1), took down Getafe (2-0) in the 1/8 finals, edged out Bayer Leverkusen (2-1) in the quarter-finals with two early goals courtesy of Barella and Lukaku, and trashed Shakhtar Donetsk (5-0) earlier on Monday to book a spot in their fifth UEFA Europa League grand finals in the team’s history.

Throughout their five games in the Europa League, Inter have scored 13 goals (10.16 xGF), and conceded only two (4.40 xGA). Their top player was Romelu Lukaku with six goals to his name.

Inter Milan are entering the grand finals as the odds-on favourites, which is not shocking, considering how solid the Italian squad have looked like throughout the playoffs. Their ability to almost effortlessly score goals and push their opponents on the back foot with explosive attacking has earned Inter a tag as a very potent attacking team, and they will surely look to put their strength to use to hand Sevilla their first Europa league grand finals loss in their history.

Whether Inter will manage to see the same level of success in scoring against Sevilla is anyone’s guess, however, it’s fair to say that Lukaku’s raw physical strength should allow him to match up nicely with Sevilla’s backline. His first-touch is still a bit questionable, but since he can score from a variety of positions, Lukaku will remain a scoring threat.

When it comes to the defenders, Inter Milan’s backline is not to be ignored. Even though Sevilla boasts with a young and fast attacking line, it’s Inter who have far more experienced players, namely Diego Godin, which should give Inter an edge on their half of the football pitch.

The midfield match-up seems like a 50/50 in our book. Both teams have players who can take over the match and while Inter might have a few more recognisable names, it’s Sevilla’s lesser-known talents that could pose a threat if underestimated, which includes the 25-year-old Joan Jordan, who has looked very solid as of late.

Although the teams seem to match up nicely, it’s the coaching personnel that tips the scales in Inter’s favour for us. Antonio Conte needs no special introduction to any football fan and while Julen Lopetegui is by no means a bad coach, especially considering what he achieved with the players at his disposal, it’s hard to discredit Conte’s domestic and international success.

This could turn out to be an exciting and close match, but when push comes to shove, we have to side with Inter Milan to edge out Sevilla and claim their fifth UEFA Europa League title.