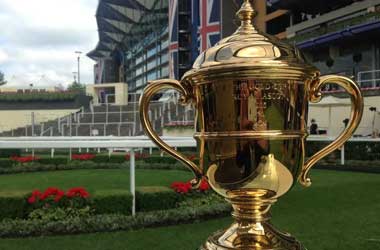 Royal Ascot is just around the corner, and after a meeting without fans last year, spectators will also return to the course this week, with 12,000 people attending each day of the Royal meeting.

Although the flat classics, in particular the Derby, are the biggest individual races of the season, in terms of a festival on the flat, nothing else compares to Royal Ascot. Over five days, we will see horses of all types go head-to-head, from sprinting stars in the King’s Stand to stayers in the Ascot Gold Cup.

If you are looking for top-quality racing then each of the five days of this meeting will feature at least one Group 1 contest, bringing together the best horses from the UK and sometimes the rest of the world.

After a year without spectators, Royal Ascot 2021 will run with a limited attendance of 12,000 per day. Originally, this was set to be just 2,000, but the event has been chosen as an outdoor sporting pilot event.

This is great for the sport to showcase itself, and although the crowd will be heavily reduced compared to normal standards, we should get something that resembles a Royal Ascot atmosphere.

The biggest story of the week will be Stradivarius who runs in the Gold Cup on Thursday. He’s won this race three times and is looking to emulate the great stayer Yeats by winning a fourth here, he won this race between 2006 and 2009, a feat that many people said would never be replicated.

Expect Stradivarius to go off a short-priced favourite to win the Gold Cup, and if he does come home in front, even with a reduced capacity, the roof will surely come off the stand at Ascot.

The big names of the racing world will all be here, trainers to watch include Aidan O’Brien, John Gosden and Charlie Appleby while the top jockeys here include Ryan Moore, Frankie Dettori and Oisin Murphy.

The feature race of the week is the Ascot Gold Cup, a staying race over the marathon flat trip of 2m4f. It takes an incredible horse to win this race, with stamina to stay but a little speed for the finishing kick.

Stradivarius is certainly an incredible horse and won his third Ascot Gold Cup in 2020 under regular jockey Frankie Dettori. The John Gosden trained runner was sent off as the 4/5 favourite for the contest and came through late to beat front runner Nayef Road, who finished behind him in second, while Cross Counter finished third.

Horses to Watch Out For

Let’s take a look at the main contenders for the Gold Cup on Thursday.

* Odds have been provided by William Hill and are accurate of June 09, 2021 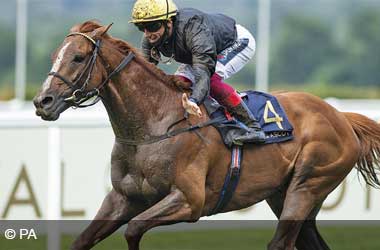 The greatest stayer of the past decade, a multiple winner of this race, and countless others over staying trips.

A big advantage he has over those against him is the fact that he has beaten most of them, sometimes on multiple occasions. He goes on any ground, loves the test that this race brings and is the horse that has been there and done it all before, just like his jockey has too, Frankie Dettori.

A win would equal the record set by Yeats in this race, and cement Stradivarius as one of the very best stayers of all time. 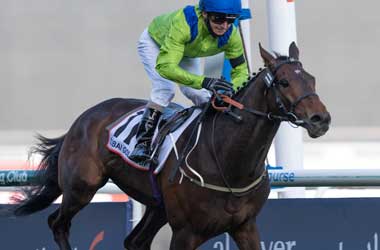 This horse started the 2020 season by finishing third in a Royal Ascot handicap off a mark of 94, in a race that was a mile shorter than this trip.

The extra distance has really changed him, he ended the season winning a 2m Group 1 at Longchamp and has run once this season, winning a Group 2 in Dubai over 2m. That has seen him move to second-favourite for the race at 7.50 behind Stradivarius.

The Mark Johnston runner is now four and should be coming into his own as a stayer. He is one of a couple of runners who are young and trying to take the crown away from the old guard. 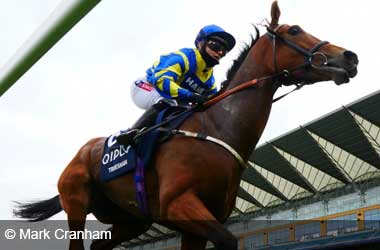 The Alan King trained Trueshan is working his way up the staying ladder, though has only ever run once over the 2m trip, and this is another half a mile further, so there are stamina doubts. He’s definitely got quality, though perhaps not as much as the others but he looks capable of running his race and getting involved if any of the big guns fail to fire.

If anything goes amiss with the big two in this field then Trueshan is capable of picking up the pieces and getting involved at the finish. 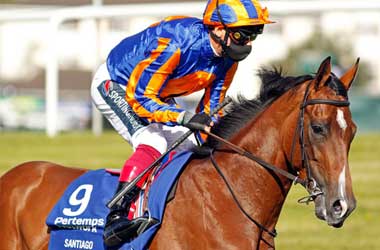 Santiago is certainly one of the more interesting outsiders, available at 15.00. He’s won a St Leger, but this test gives him another six furlongs to contend with. He hails from the Aidan O’Brien yard, who won this race four times with Yeats so it is interesting they think this horse can handle the trip, and if he does, he has the class to get involved.

He finished second behind Stradivarius at Goodwood last season, but was just a three-year-old then and should have matured and strengthened since that race.

When Yeats won four Gold Cup’s, many believed we would never see a horse repeat that. This race is a very unique test, one that requires a special horse and since Yeats, Stradivarius is the only horse we have seen in that category.

There are no unknowns here, he loves the course, handles the trip fine, will go on many types of ground and has beaten most of his rivals in the past. Stradivarius is favourite for the contest so those following won’t be able to get big odds on his success, but he looks rock solid here.

Those looking for a horse at bigger odds may be tempted by Santiago, a St Leger winner and one that could take another step forward for this longer trip, coming from a yard that knows all about this race.