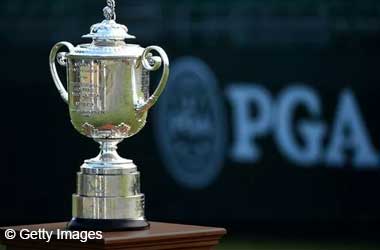 This will be the 103rd edition of the PGA Championship and the second major in men’s golf for the 2021 season.

Tournament play will be held at The Ocean Course in Kiawah Island, South Carolina, from May 20-23, featuring the strongest international field in golf as players set their sights on the Wanamaker Trophy and an $11 million dollar purse.

The PGA Championship was played without spectators last season but will have 10,000 spectators pass through the gates this year.

Bet On 103rd PGA Championship With Our Best Sportsbooks

In 2020, the PGA Championship was postponed and eventually moved from its May position to August due to the ongoing COVID-19 pandemic. The 2020 tournament was the first major played in over a year. Although fans had to wait until the end of summer for PGA Championship, the tournament happened without any issues.

Collin Morikawa won in his first start in the PGA Championship, firing a 13-under-par. Morikawa finished a nail-biting round four with a two-stroke cushion over Paul Casey and Dustin Johnson. The victory was Morikawa’s fourth as a member of the PGA Tour.

Rory McIlroy enters the 2021 PGA Championship at The Ocean Course as one of the top favorites to win it all, and can he put the finishing touches on a great story, winning his third Wanamaker Trophy on the same track he hoisted it the first time.

Below is our list of golfers we researched who should be considered a betting pick in the second major of 2021.

* Odds have been provided by BetOnline and are accurate of May 14, 2021 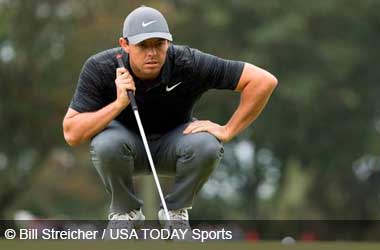 Rory captured his first victory since 2019 at the 2021 Wells Fargo Championship. The 32-year old four-time major winner had won here before and added a second PGA Championship two years later.

McIlroy posted five top-10 finishes this season, including a T8 at the U.S. Open in the fall. Ranks 5th in Strokes Gained: Off-the-Tee and 6th in birdie average. 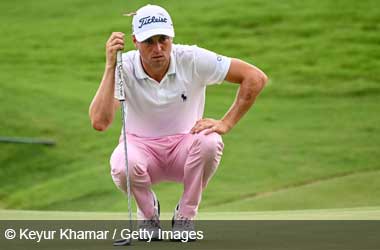 Winner of the PGA Championship in 2017, Thomas’s only major victory enters the week as the second-ranked player in the world. Thomas has one win this season, the PLAYERS in March, and four other top-10s.

The 28-year old ranks in the top-10 in almost every Strokes Gained category and leads the Tour in birdie average. Thomas hasn’t posted a top-10 since his victory, a span of four tournaments. 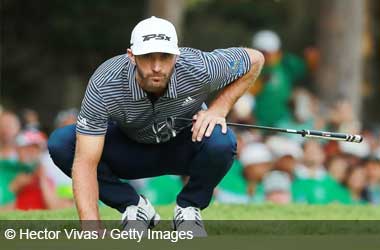 D.J. withdrew from the AT&T Byron Nelson due to knee discomfort, so that is something to monitor during the week of the tournament. Johnson is a two-time major winner, looking for his first PGA Championship title after second-place finishes in 2019 and 2020.

The top-ranked player in the world hasn’t had his best form in recent events, unable to crack the top-10 in six starts. His best start of the calendar year was a T8 at The Genesis Open in February. 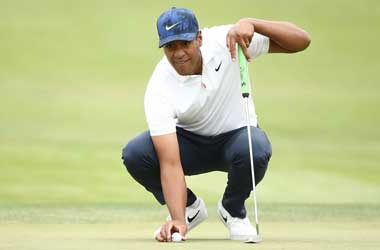 Finau’s peripherals and statistics warrant a player that should have won more than just once on Tour, but here we are. The 31-year old has posted top-5 or better in every major, including a T4 at last year’s PGA Championship.

This season, Tony Finau has recorded seven top-10s, including T8 at the U.S. Open and solo second at the Genesis. Ranks 9th in Strokes Gained: Tee-to-Green and 14th in birdie average.

Picking the winner of a golf tournament is never easy, and the difficultly is amplified when the field is this strong. Tournament favorites are never a guarantee, but we like the McIlroy play here, given his recent success along with his success at this venue.

Justin Thomas is our second pick for the PGA Championship, along with some small plays on Viktor Hovland (25/1), Finau (35/1) and Abraham Ancer (50/1).