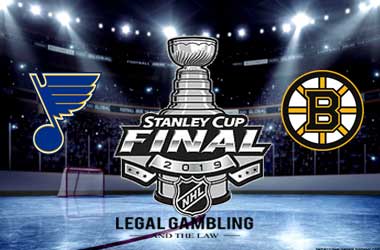 The two best words in sports are: Game Seven, and we will get one of those on Wednesday night. The Boston Bruins and St. Louis Blues will square off in game seven of the NHL Stanley Cup Finals with one of the most coveted trophies in all of sports on the line.

The St. Louis Blues had a chance to wrap up the series on Sunday night, but failed to get the job done at home in game six. Boston will now get to host game seven on their home ice, and their crowd will be ready to help lead their team to victory.

Boston has already played in a game seven in these playoffs, eliminating the Toronto Maple Leafs at home in the first round. The Bruins got hot during the second round of the playoffs, and rattled off eight straight wins at one point in the postseason.

Boston swept the Carolina Hurricanes in the Eastern Conference Finals. The St. Louis Blues won a game seven already as well when they defeated the Dallas Stars in the Western Conference Semifinals. St. Louis has been an underdog throughout the playoffs, and they will play that role again in this game.

The Boston Bruins are -160 over the St. Louis Blues in game seven.

The Boston Bruins struggled to generate offense in games four and five of this series, but they broke out in a big way in game six. The Bruins scored four goals in the third period of game six, and should have plenty of offensive momentum heading into this game. Brad Marchand registered 100 points in the regular season, and leads the team with nine goals and 23 points during this playoff run. If Boston can get an early chance on the power play in this game then their offense should put up an early goal.

Goaltender Tuukka Rask has been the MVP throughout the playoffs for the Bruins, and he was on top of his game on Sunday night. Rask stopped 28 of the 29 shots he faced in that game, and is stopping 94 percent of shots in the postseason. The Bruins are giving up just over two goals per game during the playoffs, and their veteran goalie is a big reason for that number. If the Bruins can get three goals then that should be enough for Rask.

Blues Need Binnington to be Great

The St. Louis Blues have also been very pleased with their goaltending throughout the playoffs, but that wasn’t the case in the game six loss. Rookie Jordan Binnington gave up four goals in that game, and made 27 saves out of 31 shots. Binnington has stopped 91 percent of the shots he has faced in the playoffs, and the Blues are going to need him to be even better in this game. Putting a rookie in net for a game seven seems like a scary proposition, but Binnington is really the only option for St. Louis.

Jaden Schwartz has been putting on an offensive clinic in the playoffs, but he has been held in check of late. Schwartz leads the Blues with 12 goals in the postseason, and Ryan O’Reilly leads the way with 21 points. The Blues are also hoping that Vladimir Tarasenko can find his offensive magic that he has had throughout his career. St. Louis is going to have to pull out all of the stops to get some goals past Tuukka Rask.

I picked the Blues to win game six, but they never really got anything going in that one. Boston has a team full of veterans, and they used that experience to steal game six on the road. The Bruins will have home ice advantage in this game, and that should make all the difference. Bet with GTBets the Boston Bruins -160 over the St. Louis Blues in game 7.