Best Odds & Predictions For The MLB All Star Game, Cleveland 2019 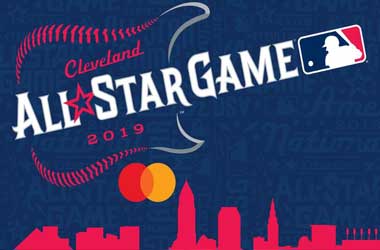 One of the most watched sporting events of the year, the Major League Baseball All Star Game is set to take place on Tuesday, July 9.

The Midsummer Classic will highlight the game’s biggest stars as they try to earn a victory for their respective league. Progressive Field in Cleveland, Ohio will be the site for this year’s All Star Game, and it will also host the popular Home Run Derby on Monday night.

The Major League Baseball All Star Game dates back to 1933, but there have been a few years where the game wasn’t played due to various reasons. The two teams have traded off long winning streaks in the history of this game, and the American League is currently the team doing all of the winning.

The American League has won six straight Midsummer Classic games and now has a 44-43 lead over the National League. There have also been two ties in this game, with the most recent tie coming in 2002.

Bet On MLB All Star Game 2019 With The Following Sportsbooks

The American League squad is filled with members of the New York Yankees and Houston Astros. Gary Sanchez and DJ LeMaheiu of the Yankees are both having career years in 2019, and will be in the starting lineup. Alex Bregman and Michael Brantley of the Houston Astros are solid bats as well, and will be a force to be reckoned with in the AL lineup. 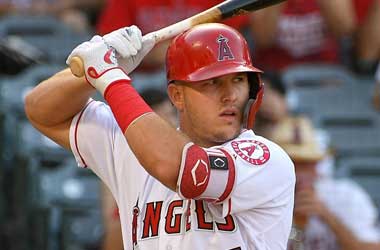 The biggest and best name in the American League is Mike Trout, who has already won a pair of All Star Game Most Valuable Player Awards. Trout has a knack for coming up big on the world’s biggest stage, and will likely do something special again on Tuesday.

The strength of the American League pitching staff is in their bullpen, and it could be a huge weapon if they get the lead.

Brad Hand of the Cleveland Indians is a dynamite closer, but so is Aroldis Chapman of the New York Yankees. Chapman might not still throw over 100 miles per hour with every pitch, but is still having a great season in New York. The National League needs to get an early lead to avoid these power arms. 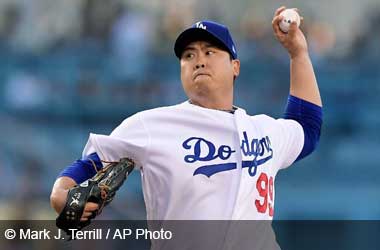 The National League has a ton of big bats in their lineup as well, but their strength is in their starting rotation. Hyun-Jin Ryu is putting up historic numbers this season for the Los Angeles Dodgers and could draw the starting assignment in this game.

Atlanta Braves youngster Mike Soroka has already won 10 games this season, and would love the opportunity to pitch in this game as well. The National League has enough dominant pitchers to keep the AL lineup in check.

The National League lineup with feature a pair of guys with 30 home runs, and another one that comes off the bench.

Christian Yelich of the Brewers and Cody Bellinger of the Dodgers are both putting up monster numbers and are in a tight race for MVP. Mets first baseman Pete Alsonso has already hit 30 bombs as a rookie and will be a big bat off of the bench for the NL. This might be the first year in a long time that the National League has a more powerful lineup than the American League.

The American League isn’t going to keep winning these games forever, and their run is going to come to an end this season. The National League just has too many great arms on their staff to lose this game, and they have plenty of big bats in their lineup. Look for the National League to hit enough home runs to knock off the American League this season.

Bet the National League +110 over the American League on Tuesday night.