Best Odds On CSK vs. KKR IPL Final 2021 With Predictions

The final of the 2021 IPL is here and we are seeing two of the greatest franchises in the competition taking each other on. The Chennai Super Kings face the Kolkata Knight Riders, in a repeat of the 2012 final.

This game will take place at the Dubai International Stadium in the UAE and will be played on Friday, October 15, 2021.

The tournament is not being played in India this year, hopefully for the last time as the big Indian atmosphere is something that we have missed this time around.

The Chennai Super Kings have a great history in the IPL, winning the tournament on three occasions, with the most recent of those being back in 2018.

They’ve been in the final on plenty of occasions too, eight in total, making this their ninth, they last played in the final in 2019.

Best Cricket Sportbooks To Bet On The IPL Final 2021

We haven’t seen the same level from the Kolkata Knight Riders, though one thing they do have is a perfect record in IPL finals. They have reached the final of this competition twice, winning on both occasions in 2012 and 2014. The 2012 final win was against Chennai, can they repeat that in 2021?

For those who are watching the game, the great news is that the bookies simply cannot split them. There is no favourite here, our odds show that both teams are priced up at exactly the same price with the bookmakers as each other. Both teams do come here on the back of a different recent build-up though, so here is our preview of the game.

These teams have played each other a total of 25 times in their history, with one game ending in no result, the Super Kings have won 16 and the Knight Riders have won just eight.

Not only do the Super Kings have that overall advantage, but they also have an advantage when it comes to recent meetings. They have won five of the last six games that have taken place, including both meetings during 2021, so they should feel very comfortable about this matchup.

The MS Dhoni‘s Chennai Super Kings are the team who entered the knockout phase in poor form, and that was despite a second-place finish in the regular season. Things went well in the early part, but the Super Kings lost their final three group matches, meaning they have won just one of their last four, which was their knockout game.

That came against the Delhi Capitals, winning by four wickets with two balls to spare. That automatically put them in the final, and they have had a few rest days thanks to that.

One to Watch: Ruturaj Gaikwad 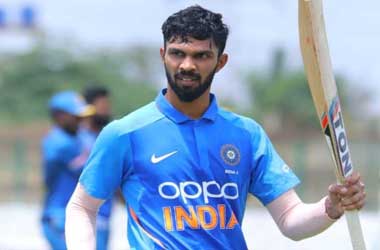 When you look at the batting lineup for the Chennai Super Kings, the standout player has certainly been Ruturaj Gaikwad. In the qualifying game, he scored 70 runs from 50 balls against Delhi, putting himself into form at just the right moment ahead of the final.

He’s also been incredibly consistent. In five of his last eight innings at the IPL, he has scored 40 runs or more, which is incredible consistency for the shorter format of the game.

He’s scored one century and four half-centuries from 15 games and is just 24 runs away from KL Rahul in the race to be the top scorer in the IPL this season.

The Kolkata Knight Riders come here with a run of form that is almost the opposite of what Chennai have shown. This team really struggled at the start, winning just two games from the first half of the tournament. Since then though, they have been very impressive, ending the season with five wins from their last seven games.

That was enough for them to sneak into 4th position in the regular-season standings, taking them to the knockout round where they defeated the Royal Challengers Bangalore and the Delhi Capitals to get to the final. With those games added to the regular-season games, they have won seven of their last nine in total.

One to Watch: Venkatesh Iyer 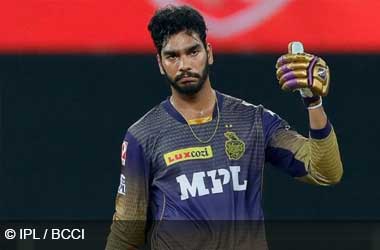 We have just mentioned how well the Kolkata Knight Riders have done in their last nine games, winning seven of them, and leading the way has been Venkatesh Iyer, with some big runs on the board.

He’s scored 320 runs in those nine games and has three half-centuries in the tournament.

Of all the players on this team, Iyer looks to be key, if he performs well like he has been doing recently then the chances of Kolkata winning certainly improve.

These two teams are incredibly difficult to split, with match-winners on both sides, and both have shown an ability to win games here, even if Chennai haven’t shown too much of that in recent times.

However, despite losing their final three regular season games, the Super Kings bounced back to win their qualifier and book their place in the final. They don’t have the same kind of form level on the whole as what the Knight Riders have given their long run, but this is a one-off final and a lot of that can go out of the window.

In a game that is very tough to call, we are going to side with the Chennai Super Kings in this one. They have probably shown the slightly better form in this competition, even though we haven’t really seen it for a few games.

On top of that, they are very experienced in finals and have a win in this tournament back in 2018 that featured a small number of players who are still on the team, which will certainly help them.

The bookmakers are struggling to split them, but for us, it is the Chennai Super Kings who we fancy to win this game.