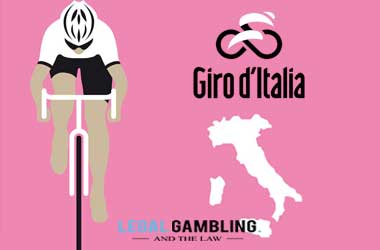 The postponed Giro d’Italia gets underway with the Grande Partenza from Monreale on Oct. 3, finishing in Milan on Oct. 25. The race usually taking place before Tour de France was originally scheduled to take place from May 9 to May 31 but was postponed due to the COVID-19 pandemic.

The start of the three-week Grand Tour cycling race was initially planned to take place in Budapest, Hungary, which would have been the 14th time the Giro would start outside of Italy.

Unfortunately, the plan did not go through after the Hungarian government declined to host the Grande Partenza, meaning Giro will start with four stages in Sicily before traveling to the mainland and further northwards into the high mountains.

The Giro d’Italia is renowned for its high mountain passes that lead the cyclists across the Alps and Dolomites and includes some famous climbs such as the Passo Gavia, Monte Zoncolan, Passo dello Stelvio, Passo Giau and Passo di Mortirolo. The third stage will also see cyclists race from Enna to the summit of the volcanic Mount Etna, which will mark the third time in four years that the event will visit the famous Italian volcano.

Out of 21 stages, the 2020 Giro d’Italia will see three time trials in stages 1, 14 and 21, six flat stages, five mountain stages, six intermediate stages and one hilly stage. The total distance the cyclist will have to travel is 3,495.8 km (2,172 miles) with two resting days after stages nine and 15.

The 2019 Giro d’Italia was won by Richard Carapaz, who claimed the “maglia rosa” after winning the Courmayeur stage and kept his distance ahead of the competition for the remaining seven stages to end the prestigious cycling race 1′ 05″ ahead of Vincenzo Nibali and 2′ 30″ ahead of Primož Roglič.

The Ecuadorian became the first cyclist from his country to win Giro and the third consecutive cyclist to win Giro while also claiming two stages. 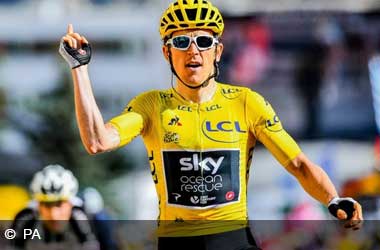 The 34-year-old Brit is priced as the main favorite to win Giro d’Italia, which is nothing too shocking, considering his impressive form throughout the last two seasons.

The 2018 Tour de France champion looked exceptional last year when he came extremely close to claiming his second consecutive Tour de France title, but had to settle for second, to which he added a third-place finish at Tour de Romandie. His solid form, however, did not end in 2019, seeing how Thomas already has a silver medal from Tirreno–Adriatico and a fourth-place finish from UCI Road World Championships Time Trial. That suggests he is one of the most in-form cyclists ahead of the second Grand Tour of 2020.

This will mark Thomas’ fourth appearance at Giro, having previously attended the race in 2008 (118th), 2012 (80th) and 2017 (DNF). In his most recent appearance at Giro, Thomas had to resign from the race after sustaining injuries during stage nine, where riders collided with a parked motorcycle. 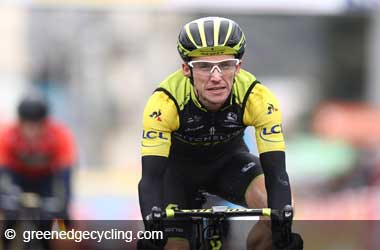 Simon Yates is set to take another shot at Giro d’Italia after he already participated in the race in 2018 and 2019, when he finished in 21st and eighth place, respectively.

Even though Yates started cycling barely six years ago, he has already made some serious noise with his impressive performances throughout the years.

While Yates failed to win another Grand Tour race since then, the Brit has finished eighth at Giro d’Italia in 2019, which was quite an accomplishment even though he has not won a single stage. Nevertheless, Yates has shown great form in 2020 by winning Tirreno–Adriatico, claiming bronze at Tour de Pologne as well as seventh overall finish at Tour Down Under and 10th at Cadel Evans Great Ocean Road Race. 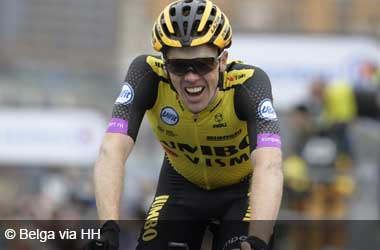 Steven Kruijwijk is traveling to Sicily as the third favorite to win Giro d’Italia, which he has attempted to do seven times before, but without any success. Even though Kruijwijk has yet to win a single Grand Tour race in his 10-year-long career, the Dutch cyclist has come close to achieving that feat numerous times before.

Out of seven appearances at Giro, Kruijwijk finished in the top 10 three times. He finished eighth in 2011, seventh in 2015 and fourth in 2016. Kruijwijk made his last appearance at Giro in 2017 when he held onto an eighth place ahead of the 19th stage, but had to abandon the race due to stomach problems. 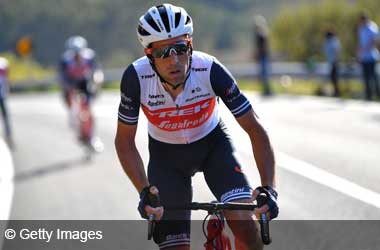 Perhaps he’s not a proper “dark horse” pick, considering Vincenzo Nibali is priced as the fifth favorite to win Giro, but we couldn’t skip him in our preview.

Nibali is not only one of the most experienced cyclists in the world, but also one of the most successful in the field, which especially holds true when we look at his results from Giro.

Nibali skipped Tour de France to prepare himself for this race, and we can be sure he will travel to his homeland in top form to contest his third pink jersey, which would make him the first cyclist since Bernard Hinault (1980, 1982, 1985) to win the race three times. A win here would also bring Nibali one step closer to catching up to his compatriots Fausto Coppi and Alfredo Binda on the all-time leaderboard with five wins apiece.

Here are the current odds for the 2020 Giro d’Italia set to kick off later this week.

If the Tour de France’s result is to go by, it’s fair to say that anyone can win a Grand Tour race, which makes picking out a prediction that much harder. While the odds are set accordingly to the cyclist’s chances to win, it makes much more sense to fish for value amongst the cyclists who are priced at higher odds rather than the main favorites.

Out of the four mentioned cyclists, we like our chances with Vincenzo Nibali, namely due to the relatively high odds offered on him and the fact that he is more than capable of winning the tour – as he has shown twice before. Not only has Nibali skipped the Tour de France to prepare for this race, but he is also historically very successful in Italy. What’s more, the layout of Giro d’Italia suits his style, making him a great pick at 9.00.

Even though we find Steven Kruijswijk a solid pick as well, his team isn’t very strong at Giro. It’s worth noting that he did well last year, but comparing him with Nibali, it’s the “Lo Squalo” that inspires more confidence.