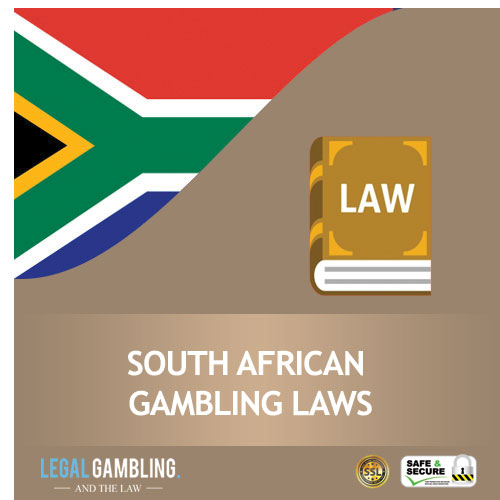 South Africa is a country that literally has it all. Beautiful nature combined with modern cities, amazing wildlife parks and one of the coolest bungee jumping sites, delicious wine and probably the world’s best steaks.

If you are looking for an out-of-the-box travel destination, this can be the right place for you. But in terms of gambling, South Africa might still miss a law or two that would make it great in any sense possible.

We cannot blame the authorities to be cautious though. The latest statistics show that the number of people who enjoy at least some sort of gambling is slowly rising. Over 80% of people in South Africa buy a National Lottery ticket at least once a week.

Maybe this fact is what scares the authorities and makes it hard for them to finally lift a ban from the online gambling.

In this guide through South African gambling laws, I will discuss a few key points:

Without further ado, let’s start from the beginning of gambling in South Africa.

The History of Gambling in South Africa

The History of Gambling Laws in Australia — An Overview

Unlike some other countries that shared responsibility among different parts of the country, in South Africa, it is pretty much straightforward. They have the National Gambling Board which is responsible for supervision and control of gambling regulations throughout the country.

South Africa is trying to follow other countries in terms of gambling regulations. After all the changes that have been made, they’ve come up with the Remote Gambling Bill 2014 that in many aspects resembles the Interactive Gambling Act 2001 which regulated Australian gambling market.

The main point of the Remote Gambling Bill 2014 was to work in the service of the South African people by protecting them from any harm that could come from gambling activities. The draft that was created offered a few specifications, in particular:

Unfortunately, this draft remained only a draft since there was no response to it available to the public. On the website of the National Gambling Board of South Africa, there is the National Gambling Amendment Bill 2018 mentioned as well, but it is not clear if it will help with the regulation of online gambling any time soon.

The Timeline of Important Years for South African Gambling

Here is a brief list of South African gambling throughout history:

Although the government of South Africa is trying their best to keep up with the world standards when it comes to gambling, they still have a long way to go in making everyone happy. The government still has divided opinion regarding the regulation of online gambling.

The officials that believe in traditional values don’t want to legalise online gambling since they believe it will have a bad effect on South African people in general. On the other hand, reformers who are more future-oriented insist on allowing online gambling so they can accumulate more revenue.

Online gambling in South Africa remained illegal, except for sports betting which still required online sportsbooks to get a license in one of the South African provinces. All other typical casino games, such as poker, slots, roulette, or blackjack are strictly forbidden.

On the National Gambling Board site, it is clearly written:

In case you are caught practising online gambling either as a player, casino or financial institution, you will be facing a 10 years imprisonment or a 10 million Rand fine, or both in the worst-case scenario.

However, South Africans have found their way out of this rigid system by registering at online casinos which are not based within their country’s borders. They rely on the fact that South African laws cannot be applied in those jurisdictions, therefore, the penalties won’t be applicable.

The attempt to make online gambling legal by an amendment in 2008 didn’t go as planned. Furthermore, in 2010, the decision was made by the country’s court that online casinos based outside the borders are not allowed to offer any gambling activities to South Africans. Apart from that, it was decided that gambling online using a South African IP address was also illegal.

Of course, they came up with a penalty for this type of gambling as well, but not that severe as the previous one. If you get caught gambling at any external online casino, the government has the right to confiscate your winnings and transfer it to a common treasury-trust account. At the moment, the account holds approximately 3.5 million Rand acquired from illegal gambling at foreign gambling sites.

South Africa’s gambling market is one of the most controlled and rigorous in the world. While land-based gambling operators can provide different types of gambling services without any troubles, online gambling is still illegal in this country.

However, the South African government that has raised taxes for land-based operators will soon realize that allowing online gambling can bring them a much greater income without creating a lot of trouble. After all, people will continue to visit gambling sites that are not located within their jurisdiction and in that way send the money out of the country.

Patience is the key in this case, and I believe that, in no time, South Africans will change their opinion about online gambling laws.

When was gambling legalized in South Africa?

Gambling was officially legalized by passing the National Gambling Act in 1996.

Was gambling illegal in the 1920s in South Africa?

Gambling was not considered legal at this point of time in South Africa. Moreover, it was highly restricted.

What is the legal gambling age in South Africa?

In order to be able to legally gamble in South Africa, you have to be at least 18 years old.

Who regulates gambling in South Africa?

In South Africa, gambling is regulated by the National Gambling Board.

Can you gamble at 16 in South Africa?

No, only people over 18 are allowed to gamble in South Africa.

Online casino gambling is officially illegal in South Africa. However, online betting is legal only if you choose a licensed South African bookmaker.