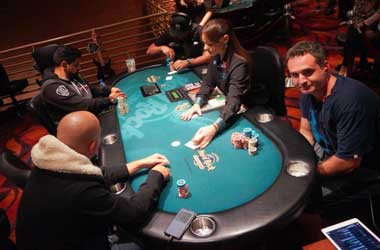 The live poker scene remains dark in most U.S states, despite some casinos beginning to reopen after being closed since mid-March due to the coronavirus pandemic.

While online poker has provided an alternative avenue for players to keep doing what they love and continue chasing for tournament glory, the exciting, warm and vibrant atmosphere offered by land-based poker rooms is something players are looking forward to return to.

However, present circumstances indicate that players might have to wait much longer before they can fully compete at the live felts, as stringent restrictions are still in effect especially when it comes to mass gatherings in public venues and establishments.

In Texas though, poker rooms have started accepting customers since May, but in several other jurisdictions, live poker operators have opted to remain closed indefinitely. According to Ante Up Magazine, of the 130 poker rooms outside Texas, 111 are currently non-operational. This number does not include the states of Pennsylvania and Indiana, which still prohibit the reopening of poker rooms.

Nevada, a top destination for live poker players and fans, and home to some of the biggest, most popular and iconic poker rooms in the country, saw some of its poker rooms reopen this week, including Orleans, South Point and the Venetian, but with major changes.

In accordance with guidelines from the Nevada Gaming Control Board, the poker rooms in the state should limit the number of players at each poker table to just four (pictured). It remains unclear how this would work, but the first poker rooms to reopen said they will reduce the rake for these four-handed games.

Meanwhile, other poker venues located at Wynn and Bellagio have yet to announce any reopening plans.

There have been questions whether social distancing could actually work during poker games, and obviously, poker room owners will need to make major changes to their operations to comply with strict health and safety requirements and protocols. Players and staff should wear protective face masks while inside the premises, regular disinfection of tables and equipment must be carried out, and social distancing must be strictly observed.

In mid-May, photos of poker rooms in Florida with plexiglass dividers installed at tables made the rounds on Twitter, but many have doubted the efficacy of such barriers in preventing players from contracting the virus, knowing that they will have to eventually share cards and chips anyway, and breathe the same shared air.

However it appears some poker rooms are headed towards a similar direction, with Seminole Hard Rock Tampa, Sarasota Kennel Club and Talking Stick also operating with plexiglass dividers. Despite these restrictions, the live poker community can find comfort in knowing that the initial reopening of poker rooms have been welcomed warmly, with long queues spotted in certain locations. 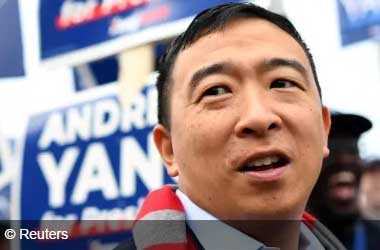