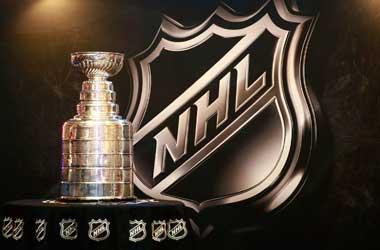 The 2021 NHL Stanley Cup Finals are upon us as the world of ice hockey gears up for yet another year of excitement and tension to conclude the National Hockey League season.

The campaign has been a long and grueling one from the moment the puck was first dropped all the way through to the playoffs, but at the end of it, we’ve been left with two franchise teams who both want nothing more than to lift that famous trophy high – the Tampa Bay Lightning and Montreal Canadiens.

The league was returned to a 16-team format for the playoffs all of the series, in addition to the upcoming Finals, being played in a best-of-seven style to revert back to pre-COVID measures.

The cross-border travel restrictions imposed by the Government of Canada meant that intra-divisional matchups had to happen but now, we’re expected to witness something as close to normal as we can hope for beginning with game one between Tampa Bay and Montreal.

What happened in the 2020 Stanley Cup Finals?

The COVID-19 pandemic forced the 2020 Stanley Cup Finals to be played entirely behind closed doors up in Edmonton with the Tampa Bay Lightning going to war against the Dallas Stars.

The Texan side captured Game 1 but after Tampa rattled off three straight wins, the Stars needed double overtime to take it to Game 6. Unfortunately for them, it wasn’t quite enough as the Floridians finally reached the top of the mountain and claimed the Stanley Cup.

The Stanley Cup really is historic and even those who aren’t invested in ice hockey can attest to that. It’s viewed by some as the smallest of the four major American sports and yet, the trophy goes above and beyond anything we see in its counterparts.

A classic American vs Canadian battle will commence shortly as Tampa Bay Lightning attempt to become the first team since the Pittsburgh Penguins in 2017 to repeat as champions. On the flip side, the Canadiens will be the first side from the Great White North to play in the Finals since the Vancouver Canucks in 2011.

The Tampa Bay Lightning have, seemingly in the blink of an eye, accumulated a team of both stars and rising prospects that are really effective at getting the job done when it matters the most. They’re tight at the back, they’re decent going forward and they never seem to crack under pressure.

Lightning began their First Round with a few tricky moments against the Florida Panthers but ultimately, they persevered and went through 4-2 in the series. The Carolina Hurricanes couldn’t quite put up as good of a fight and went down 4-1 in the Second Round, with the New York Islanders coming super close to an upset win before falling 4-3. 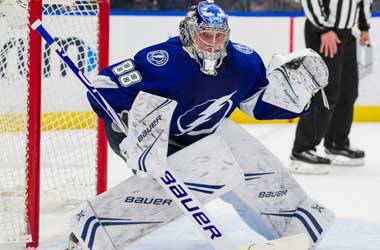 There’s something about having a really elite goaltender in this league that can make up for most other shortcomings a team can have.

Andrei Vasilevskiy is almost certainly the best goalie in the league and that’s been the case for a few years now, to the point where he is one of the shining reasons why Tampa Bay has progressed so far.

If he can maintain his .936 all situations save percentage, he’ll be hard to beat.

The Montreal Canadiens have been viewed as sleeping giants for longer than most of us can remember and it’ll be interesting to see whether or not they can keep this “miracle run” they’ve been on going. Their fans seem to think they can, and we’re pretty sure the entire country of Canada is pushing them to do just that.

When you’re 3-1 down against the Toronto Maple Leafs in the First Round, it should be impossible to make a comeback – but Montreal wasn’t ready to give up on their dream. They won 4-3 and then off the back of that excitement, they pitched a shutout and dismantled the Winnipeg Jets 4-0. The Vegas Golden Knights were more prepared, though, and won two games before losing 4-2. 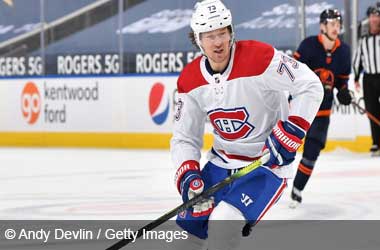 There’s an argument to be made that Cole Caufield deserves a shout out here because of just how far he’s been able to progress in such a short period of time during the playoffs.

Alas, Tyler Toffoli is the kind of talisman that always provides consistency regardless of the situation and we expect he’ll do the same here.

Sure, the Lightning will be the favourites for many, but Toffoli has grit and leadership that can easily turn the tide.

The biggest thing going for Montreal is they have momentum on their side but with the first two games taking place in Florida, we feel as if that could disappear pretty quickly. We expect that Tampa Bay will race out to a 2-0 lead to kick things off and then when things head back to the Bell Centre, the Canadiens just won’t have quite as much left in the tank.

Tampa Bay will take a 3-0 lead and while Montreal may be able to get one back, it’ll be too little, too late for a legitimate comeback. The reigning champions will take the fifth game and finish off the Montreal Canadiens on July 7, cementing their place in history with back-to-back titles.

Where things go from there is anyone’s guess, but we just think the class and overall quality of the favourites will be what gets them over the finish line once again.