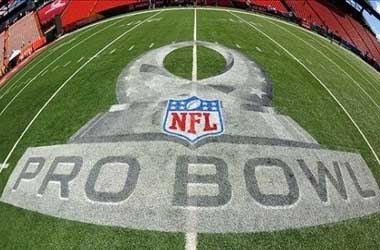 The 2020 National Football League Pro Bowl Game is set to kick off on Sunday, January 26 from Camping World Stadium in Orlando, Florida. The NFL has been playing this game in Orlando for the last few years, in an effort to get more of the top players to attend. The rosters have already been selected, but there are likely to be several roster changes throughout the week.

Even though this game will feature some of the best football players in the world, the play on the field will not resemble what NFL fans are used to seeing. There won’t be any big hits, and the biggest and brightest stars will likely spend most of the game on the sidelines. The AFC is currently a -1.0 point favourite over the NFC, and they have dominated in recent years.

Best Online Sportsbooks To Bet On The 2020 NFL Pro Bowl

Let’s take a closer look at each of the two teams in advance of this game.

The AFC has won four of the last five Pro Bowl games, and it appears that they have a great shot to win this game as well. AFC will have a huge advantage at the quarterback position, with a pair of young stars leading the way. Lamar Jackson (Ravens) and Deshaun Watson (Texans) failed to lead their teams to the Super Bowl, but they will look to put on a show for the AFC in the Pro Bowl.

Former Alabama Crimson Tide running backs, Derrick Henry and Mark Ingram, are both projected to be in the backfield for the AFC. Henry led the NFL in rushing during the regular season, and Ingram is always dangerous with the ball in his hands.

The AFC does look to have a slight disadvantage when it comes to the defensive side of the ball, but defense doesn’t really matter in the Pro Bowl Game. There are going to be plenty of Baltimore Ravens players on the field in this game, and they had a dominant season. The AFC looks to have the better roster in this game, but we will see who shows up in Orlando.

The NFC is scheduled to have veterans Aaron Rodgers and Drew Brees as their quarterbacks in this game, but is doubtful that they see many snaps in this game. Brees has been known to play just sparingly in previous Pro Bowl games, and Rodgers just suffered a crushing loss in the NFC Championship Game.

If the NFC still had the players from the San Francisco 49ers available in this game, then their defense could play a huge role. The Niners will be in the Super Bowl, and that will force the NFL to name a ton of reserve players to this NFC roster. This will give some lesser name players a chance to shine on the big stage, but they will also be facing some terrific quarterbacks.

Our initial prediction is that there isn’t going to be very much defense played in this game, and it will be a high-scoring affair. It’s always tough to predict what will happen in an All Star Game, but the AFC just has a better roster.

Look for the AFC to dominate in this game, and taking them at -1.0 is the right pick in this one.