The 2021 NFL season will start on Sep 09 when the Tampa Bay Buccaneers take on the Dallas Cowboys. While NFL fans are waiting the start of the new season, shocking news has emerged after 3 ex-NFL players admitted to carrying out a Nationwide Health Care Fraud Scheme.

The three ex-NFL players are Robert McCune, Clinton Portis and Tamarick Vanover (pictured) who admitted that they were part of a group that looked to swindle the Gene Upshaw NFL Player Health Reimbursement Account Plan (the Plan).

Clinton Portis was drafted by the Denver Broncos in 2002 and played for the Washington Redksins from 2004 to 2010.

Robert McCune played for the Washington Redksins during 2005 to 2006 and represented a number of NFL franchises after that including the Baltimore Ravens, Cleveland Browns and Miami Dolphins. Tamarick Vanover represented the San Diego Charges and the Kansas City Chiefs.

A total of 15 individuals were arrested as they were all part of the group that looked to file fraudulent claims and take advantage of the Plan. The NFL entered into a collective bargaining agreement in 2006 to provide ex-NFL players with health care benefits through the Plan.

Ex-players and their family were given the opportunity to claim up to $350,000 per play for out of pocket medical expenses that insurance companies were not reimbursing.

Ex-Players Could Face 10 Years In Prison

Portis filed fraudulent claims for medical expenses that were not incurred and received just over $99,000. But the brain behind the entire scam was McCune who recruited other players to scam the Plan. All three ex-players pleaded guilty to various charges which included healthcare fraud, wire fraud and aggravated identity theft.

The U.S Department of Justice says that McCune submitted a total of $2.9 million in fraudulent clams and the Plan paid out $2.5 million. In total, the Plan was schemed out of $3.9 million. McCune who is 40 years old faces a maximum prison sentence of 20 years and is expected to be sentenced on Nov 19.

Nevada Closer To esports Betting After Recent Board Vote 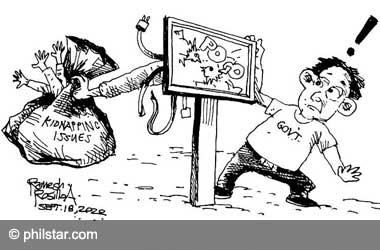 Philippines Under Pressure to Ban POGOs Amid Rise in Kidnapping Cases