RBI Plans Ban On Crypto Whilst Launching Its Own “Digital Rupee”

India has been cracking down on cryptocurrencies for a number of months now and it seems that the government is poised to take that final step.

An unverified draft of an upcoming bill has been leaked and it reveals that the government is planning to ban all cryptocurrencies in India.

The only exemption will be the upcoming “digital rupee” that the Reserve Bank of India (RBI) is expected to launch shortly.

This leak comes from an unverified document published online by blockchain advocate Varun Sethi. Entitled “Banning of Cryptocurrency & Regulation of Official Digital Currencies” this is supposed to be a draft of an upcoming bill.

Though it won’t be debated in the upcoming session of the Indian Parliament, it poses a big concern to many supporters of the crypto industry.

The document consists of 18 pages and sets forth definitions of cryptocurrency and the regulations that will govern them. The definition for a cryptocurrency has been kept very simple and is defined in the bill as any token that can be used for trading and storing value that is not part of the country’s official digital currency.

This hints that an RBI issued digital rupee will become the legal standard when it comes to digital transactions. Additionally, this means that all other cryptocurrencies will soon be banned. The document also specifically points out that all cryptocurrencies cannot be sold, traded, generated or mined in the country.

Though the leaked bill was very specific about cryptocurrencies, there are several loopholes and blindspots. For one, it does not deal with the use of distributed ledger technologies (DLT) and the blockchain at all. There are no restrictions on their usage when it comes to research or experiments as long as no cryptocurrencies are being traded.

Additionally, the restrictions also do not cover DLTs and the blockchain being used to provide financial services or more. The only restriction is that no cryptocurrencies can be used which indirectly means that blockchain remittance and similar services would be legal.

The main penalty for violating the cryptocurrency ban is also outlined in the document. The plan for punishment is either a large fine or 10 years of prison.

The RBI’s plans for developing a digital currency do not come as a surprise as rumors of a digital rupee has been floating around for a number of months. Additionally, the central bank has also been planning to develop a blockchain platform for banking services. This document may hint that those plans are going to be put into action in the near future and the digital rupee will become a reality shortly. 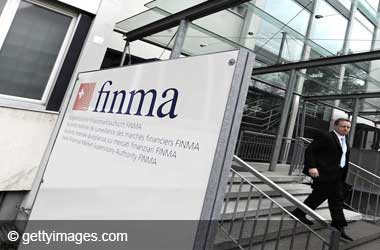