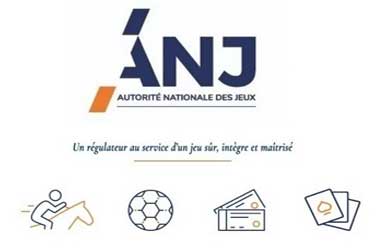 Their responsibilities include overseeing horse racing, online gambling, casinos, and lotteries, which comprise almost 80% of all betting in France.

The move was prompted by the recent privatization of La Française des Jeux (FDJ), a state-owned lottery monopoly. The privatization is expected to take full effect by the end of November 2020.

Isabelle Falque-Pierrotin, who was previously the chief of the National Commission for Computing and Liberties, assumed the mantle of leadership for ANJ in January 2020.

According to Falque-Pierrotin, the ANJ is not just a bigger version of ARJEL, but a new direction for France’s approach in regulating the gambling industry. She noted that the ANJ’s main goal as a regulator is to combine control and support in order to protect the needs of French gamblers.

The Council of Ministers (COM) stated that the ANJ is an independent administrative authority that will take over ARJEL’s mandate in granting licenses to online betting operators, and has the power to compel operators to withdraw advertising it deems harmful to responsible gambling initiatives.

The COM also emphasized that the formation of the ANJ as the sole gambling regulator in France is to imbue more power to them to stamp out problem gambling and ensure that the gambling industry is free from criminal influence.

The ANJ is currently working on two frameworks: one for the stamping out of problem and underage gambling and one for preventing money laundering, fraud, and terrorist funding.

FDJ and MUP Will Have to Submit Yearly Programs to ANJ

The ordinance that empowers the ANJ also means that the FDJ’s offerings, which were previously exclusive to them, are now defined as casino games, which means that the ANJ will oversee their regulation.

The new games to be offered by FDJ and the Mutual Urban Parity (MUP) are going to be subject to the prior permission of ANJ, which can be withdrawn at any time by the ANJ. Both the FDJ and MUP are expected to submit yearly gambling programs to the ANJ for approval, which also covers firms’ promotional strategies, responsible gaming initiatives, programs to combat underage gambling, money laundering, and fraud.

For casinos, ANJ will focus on responsible gambling. Wider regulation will still be under the purview of the Ministry of the Interior.