Aramco Set To Launch World’s Biggest IPO After Getting Approval

Investors have been keeping a close watch on the Saudi Aramco IPO as recent rumours suggested a launch before the end of this year. The company has teased investors for the last 12 months about a potential IPO but nothing came to fruition.

The state-owned company produces 10 percent of the world’s oil and generated $11 billion last year in profits. The IPO is expected to be the world’s biggest IPO and a prospectus for the company will be released on November 10 as the company has now received the necessary approval from Saudi Arabia.

Saudi Aramco managed to beat Apple, Google, and Exxon Mobile last year in profits. This has made it one of the world’s most valuable companies.

This helped with its valuation, although it only reached a value of $1.6 trillion to $1.8 trillion. The original goal was a $2 trillion valuation but the kingdom settled for the current value.

This IPO is key to the Crown Prince’s Vision 2030 plan. He has been pushing to change the Saudi economy and remove its dependence on oil exports. The IPO sales will go towards the kingdom’s sovereign wealth fund, which will then invest it into various companies all over the world.

Considering how valuable the IPO is expected to be, banks are rushing to become part of the deal. Twenty major banks have already snagged positions, with some big names like Citigroup Inc., Goldman Sachs Group Inc., and JPMorgan Chase & Co being part of the trade.

But despite the great news, there are several problems that can hinder the success of the IPO. For one, the original plan to list the share in New York or London has been dropped. Now the shares will be traded from the Riyadh stock exchange.

Additionally, it may not be the best time to be an oil company right now. The global movement against climate change is gaining ground and it is targeting some of the world’s largest oil and gas companies. It doesn’t help that several fund managers are moving away from investing in companies that are connected to oil and gas.

However, Aramco is doing its best to attract investors. It has already announced plans to pay $75 billion in dividends next year. It may even go up to $80 billion. At the value of $1.8 trillion, this means that is a yield of 4.4 percent, which is a pretty good deal for investors 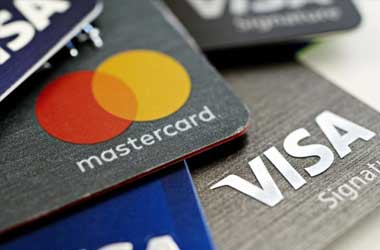