The landmark listing of Saudi Arabia’s state-owned oil giant Saudi Aramco may to go to the New York stock exchange as per a Reuters reports which indicates that Crown Prince Mohammed bin Salman supports the American center rather than London.

Several legal and financial advisors are however recommending London since it is thought to be a less risky proposition.

Set to be the world’s largest public offering, the Saudi Aramco IPO (Initial Public Offering) involves placing of 5 percent of the company’s stake for sale. New York is said to have its relatively higher requirements for disclosures than the London stock exchange making it more risky for Aramco.

Prince Mohammad is however said to lean towards the New York Stock Exchange (NYSE) primarily due to the political advantages from the move and also the access it will provide to deep capital markets. Sources pointed out that the listing in New York will give a boost to relations between Riyadh and Washington which Bin Salman has been working on developing, ever since President Donald Trump came to power.

His advisors are however wary of the U.S. Securities and Exchange Commission's (SEC) strict regulations around company reserves and the litigation risks arising as a result of the Justice Against Sponsors of Terrorism Act which allows lawsuits to be filed against the Saudi government for supporting the Sept. 11, 2001 attacks on the United States.

Aramco said that no decision has been taken as of now. Discussions are on between the Crown Prince, the Saudi Energy Minister Khalid al-Falih, the Aramco management and senior advisors. The debate may push back the IPO from its expected launch in second half of 2018.

In a statement, Aramco said

All options continue to be held under consideration. There is no timetable requirement for an immediate definitive decision.

The issues still to be decided include what assets will be floated in the listing and the internal organizational structure in Aramco post-sale. Another major issue under discussion is the valuation of the stock. Prince Mohammed has earlier said that the IPO will place a minimum value of $2 trillion on Aramco, but some experts estimate it will be between $1 trillion and $1.5 trillion, reflecting the downward slide of the oil price.

The Aramco IPO is fundamental to Vision 2030, a reform plan developed and championed by Prince Mohammad which aims to diversify the Saudi economy away from oil. For the exchanges, the listing is a prestigious opportunity, as it is expected to boost trading volumes. 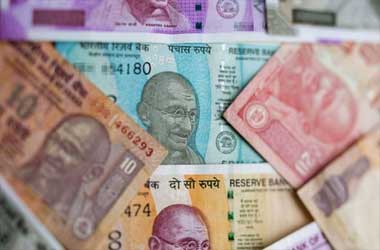 Wynn Builds on US Success, Aims for Recovery in Macau