partypoker’s massive software update has finally gone live, eliminating the ability for players to use most third-party tools. The move comes as part of the online poker site’s commitment to provide a safe and fair gaming environment for everyone, particularly casual players who are often put at a disadvantage by the more experienced players who use the software.

The changes came into effect on June 18 and caused a few problems pretty quickly. Some players reported lags and other issues with downloading and installing the update. It’s understandable though as this is what usually happens at first during a major software update.

During their first log-in, players will be required to change their alias. This is done to wipe out all details and statistical information players have on each other, which means hand history data will no longer be available, and all other particulars saved on heads-up displays (HUDs) will be rendered obsolete. The use of the controversial third-party tool called “seating scripts” may also be banned from the site.

Both seating scripts and HUDs are believed to contribute to a strategy called “bum hunting” which is being practised by some players to take advantage of the weaker players. As a result, the weaker players quickly lose money leading them to close their accounts and leave the site all at once.

With the latest update, everyone starts from scratch with no data.

MVS Lashes Out At partypoker over HUDs

While the changes are viewed by many as a helpful and effective way to protect players, not everyone agrees. Max Value Software (MVS), the software developer behind the poker tracking tools PokerTracker and Hold’em Manager, has lashed out at partypoker’s latest move in a lengthy post on the Two Plus Two forum.

MVS is particularly upset at partypoker’s decision to eliminate downloadable hand histories, saying they are the most important tool for players to ensure game integrity. A representative of the company listed the benefits of using hand histories, including helping players to filter and analyze trends and patterns which in turn can flag potential cheating.

The company further said that HUDs played a big role in battling insider trading at two major online poker sites over a decade ago. MVS added that partypoker’s latest decision to eliminate the use of HUDs appears to prohibit players from “verifying” things, which could mean that the rule-abiding players will bear the brunt of the update as several cheating software don’t really need hand histories to collect player data. 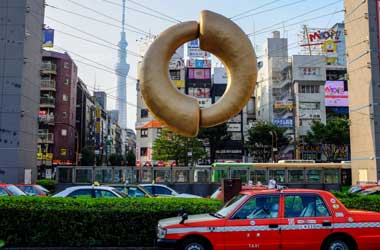