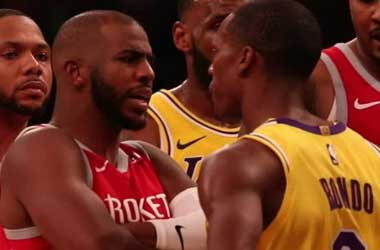 The LA Lakers were expected to set the season on fire after acquiring the best player in the NBA – Lebron James.

Unfortunately the Lakers have had a terrible start to their season and are now 0-3 down as things have not gone well for them.

The Lakers were in the news over the weekend not for their performance on the court but for the fist fight that broke out between guard Rajon Rondo and guard Chris Paul who plays for the Houston Rockets.

The fist fight happened on live television and a clip of the brawl continues to do the rounds on social media.

The NBA reviewed the matter and found Rondo guilty of spitting on Chris Paul who then lost his cool and started swinging which led to a brawl between the Lakers and the Rockets. The incident was quickly brought under control but not before it tarnished the game in play and resulted in suspensions.

Rondo has been hit with a 3 game suspension while Paul received a 2 game suspension. By getting suspended for 3 games, Rondo is not doing the Lakers any favours and he is very upset with how the NBA has ruled on the issue.

In a statement, Rondo said

Everyone wants to believe Chris Paul is a good guy. They don't know he's a horrible teammate. They don't know how he treats people. Look at what he did last year when he was in LA; trying to get to the Clippers locker room. They don't want to believe he's capable of taunting and igniting an incident. He comes out and says I spit and the media sides with that.

James Will Have To Carry The Lakers

Rondo denies spitting on Paul even though television replays make it evident that something did come out of his mouth in the direction of Paul. Rondo will miss the games against the Phoenix Suns on Wednesday and Denver Nuggets on Friday.

The Lakers will really want to win their game against the Suns to open their winning campaign and then take out the Nuggets on Friday to get a 2-3 scoreline. However, for them to do that, LeBron James will have to do a lot more for the Lakers just like he did for the Cleveland Cavaliers by carrying the rest of his teammates on his shoulders. 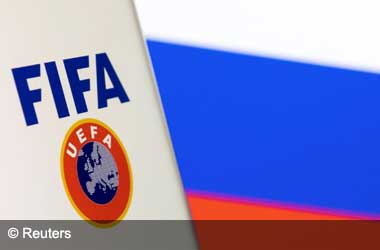 Latest News and Notes from Sports Betting in the US 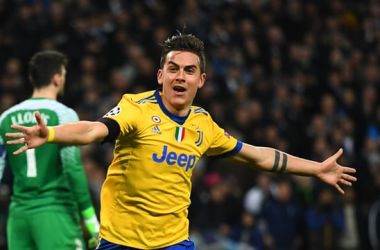