WSOP Honors The Most Important Poker Players In 50 Years 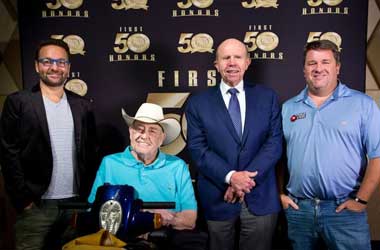 The World Series of Poker (WSOP) put together a number of exciting events off the felt to celebrate its 50th anniversary. Widely recognized as the most popular tournament in poker history, the 2019 WSOP is currently in full swing at the Rio in Las Vegas, Nevada.

The WSOP put together a number of special award categories and asked poker fans to send in their votes to recognize and honour poker players who have made a massive difference to the WSOP.

Poker players had to send in their votes between May 15 to June 15 to vote for their favourite players in 7 different categories. One of these categories was the ‘Top 50 Greatest Poker Players’ which received the most attention as the list consisted of some of the greatest poker players in the game.

Some of the names on the list included Antonio Esfandiari, Scott Nguyen, Gus Hansen, Erik Seidel, Vanessa Selbst and Joe Cada. When the list was published it received a bit of flak as many poker fans were disappointed to see their favourite players miss out. Some of the players that missed making it to the top 50 list included Mike Sexton, David “Devilfish” Ulliott, Jason Koon and Daniel Colman.

The WSOP announced the top four players that received the most votes during its WSOP First Fifty Honors Gala ceremony. The top four players that made the cut are Chris Moneymaker, Daniel Negreanu, Phil Hellmuth and Dolye Brunson. Their contributions to the WSOP brand over the years has been instrumental in turning the WSOP into what it has become today to thousands of players all over the world.

Some of the other awards given away during the WSOP First Fifty Honors Gala ceremony include the Most Likely to Succeed and win the most WSOP bracelets from 2020 to 2070 which went to Justin Bonomo; WSOP’s Favourite Bad Boy which went to Phil Hellmuth; Most Impressive WSOP Main Event Win which was always going to be Chris Moneymaker and Fan Favorite which went to Daniel Negreanu.

Sammy Farha vs. Chris Moneymaker “Bluff of the Century” which took place at the 2003 WSOP was awarded the Most Memorable TV Hand and the Best Overall WSOP Performance in a single year was given to Daniel Negreanu for his run in 2013 when he made it to 4 final tables and won 2 bracelets. 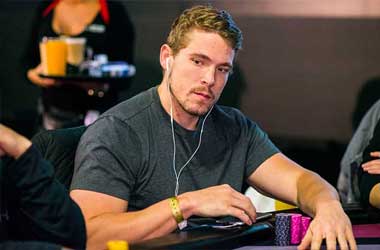