Melco Crown Philippines (Resorts) Corp, the Philippine subsidiary of Asian casino operator Melco Crown Entertainment Ltd. is seeking to rebrand itself and drop the reference to Crown in its name. The company operates the City of Dreams casino in the dedicated gaming and entertainment complex called Entertainment City in Manila.

Its joint venture partner Crown Resorts Ltd, an Australian casino group has been decreasing its stake in Melco Crown Entertainment over the past few months. The company announced in December that it will be bringing its stake down to just 11.2 percent. A key reason for this strategic shift has been due to Crown’s decision to withdraw from its international ventures and focus solely on its Australian projects.

The move to rename follows the disclosure made by Melco Crown to the U.S. Securities and Exchange Commission last month that a new corporate entity would be announced due to Crown Resorts’ stake reduction. A filing made by Crown Resorts in late December said that once its direct holding in Melco Crown drops below 25 percent it has the right to terminate licenses provided under intellectual property agreements including use of its brand name.

According to a filing submitted with the Philippine Stock Exchange, the new name being proposed by the Philippine subsidiary is Melco Resorts and Entertainment (Philippines) Corp. The modification is subject to regulatory approval. The name change was proposed after a decision was taken at a special board meeting of the Philippine unit. There is no indication as of now if the Crown Towers Manila which is the hotel tower within the City of Dreams casino resort would also undergo a name change.

The change in ownership has also been reflected in board composition of the Melco Crown’s Philippines unit. Three directors including Todd Nisbet, currently the executive vice president for strategy and development at Crown Resorts would be vacating their seats on the Melco Crown Philippines board with immediate effect. Additionally the size of the board has been reduced from nine members to seven.

It was earlier announced that Nisbet would be resigning from the Melco Crown board along with James Packer, the chairman of Crown Resorts who would resign as co-chairman of Melco Crown. 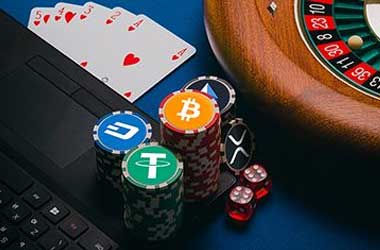