On Wednesday night, the last group games of the Champions League took place. The games decided the fates of many teams. Here is a rundown of how the drama unfolded:

In Group E, Liverpool produced a vibrant performance to hammer Russian side Spartak Moscow 7-0 at Anfield. The Reds highly-rated front four of Sadio Mane, Phillipe Coutinho, Roberto Firmino and Mohamed Salah all got on the scoresheet.

In fact, Coutinho bagged himself a hat-trick, with Mane scoring a brace. Firmino and Salah had to settle for a goal apiece. The victory means that Jurgen Klopp’s team finished top of the group. Spartak will have to settle for a place in the knockout stages of the Europa League.

Spanish side Sevilla also advanced to the knockout stages, despite drawing 1-1 with Slovenian side Maribor in their final game.

Manchester City had already claimed top spot in this group, having won all five of their group games heading into their last game. However, the Premier League leaders suffered a 2-1 defeat against Shakhtar Donetsk on Wednesday night to ruin their perfect record.

The Ukrainian champions scored first-half goals through Bernard and Ismaily. Striker Sergio Aguero scored a consolation for the Citizens in stoppage-time.

Despite the defeat, Pep Guardiola’s side are still one of the favourites to lift the trophy this season. Shakhtar’s win means that they finished second in the group.

Italian side Napoli took third spot after a 2-1 defeat at rock bottom Feyenoord. Napoli took an early lead through Piotr Zielinski, but the game went downhill for the visitors from there. Nicolai Jorgensen equalised before Tonny Vilhena saw red for the Dutch side. However, Jeremiah St. Juste scored in stoppage-time to end the Dutch sides five-game losing streak in the competition.

Turkish side Besiktas had already clinched top spot before heading into their final group. However, they were not finished yet, as they recorded a 2-1 win at RB Leipzig, courtesy of goals from Alvaro Negredo and Anderson Talisca, while Liverpool-bound midfielder Naby Keita scored Leipzig’s goal.

The result coupled with Porto hammering Monaco 5-2 in the other group game means that the Portuguese side qualified for the knockout stages.

Porto striker Vincent Aboubakar scored a brace before Porto’s Felipe and Monaco’s Rachid Ghezzal saw red. Yacine Brahimi added a fourth for Porto, Kamil Glik scored for the visitors, only for Alex Telles to add a fourth for the home side.

The goal fest was not yet complete, though, as Radamel Falcao gave the French champions a second and Porto’s Tiquinho Soares added a late fifth goal.

RB Leipzig will have to be content with a spot in the Europa League in their maiden European campaign.

Tottenham sealed top spot in Group H by winning 3-0 against Cypriot outfit APOEL, with Fernando Llorente, Son Heung-Min and Georges-Kevin Nkoudou scoring the goals for the north London side.

Real Madrid progressed in second place after beating Dortmund 3-2 at the Bernabeu Stadium. Borja Mayoral, Cristiano Ronaldo and Lucas Vasquez were on target for the European champions, while a brace from Pierre-Emerick Aubameyang was not enough to earn BVB anything from their trip to the Spanish capital. Dortmund clinched third-spot ahead of APOEL and a place in the Europa League knockout stages.

Who are your favourites to win the Champions League? 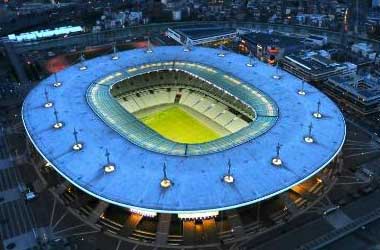