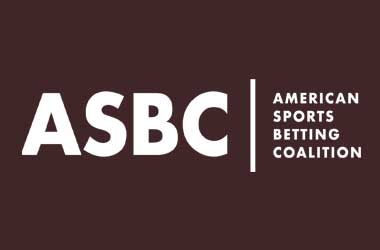 The push to legalize sports betting in United States is gaining speed with the creation of a dedicated group called the American Sports Betting Coalition (ASBC). Launched by the American Gaming Association (AGA), the new body comprises representatives from regulators, law enforcement and local government.

In a statement Geoff Freeman, AGA’s president and CEO said,

We are partnering with local and state elected officials, law enforcement and other diverse interests to tell Washington to get out of the way. Regulated sports betting is what fans want and sports integrity demands.

According to Freeman, the timing is now perfect for reversing the lengthy federal ban on sports betting. He pointed out that all major stakeholders including players unions; law enforcement, fans as well as regulators are now in agreement that a review was appropriate.

Even the biggest opponent, which were professional sports leagues have expressed a willingness to rethink their stance.

Sports betting was deemed illegal across all U.S. states barring four after the Professional and Amateur Sports Protection Act (PASPA) was passed in 1982. Several states are already taking steps towards legalizing sports betting. Seven of them including Michigan, Pennsylvania, New York, South Carolina, West Virginia, Maryland and Connecticut have introduced bills this year to that effect.

The AGA also released an economic impact study that shows that a legalized sports industry would generate 152,000 jobs, and result in economic output of around $26 billion and tax revenue of $5.3 billion. Based on AGA estimates, the 2016 season saw nearly $90 billion spent on illegal sports betting.

Freeman has announced that the ASBC would mount a high-profile campaign that will aim to educate lawmakers, policymakers, law enforcement and other stakeholders on the negative consequences of allowing illegal gambling. The ASBC campaign will also allow fans the opportunity to engage and advocate the repealing of the PASPA in favor of states making decisions individually.

One of the supporters Brad Schimel, Attorney General of Wisconsin said that the core issue was of state sovereignty. He also pointed out the varied risks inherent in illegal gambling such as poor consumer protection. Wisconsin was one of four other states that had joined the appeal filed by New Jersey in the U.S. Supreme Court for legalizing sports betting.

Another advocate Mick Cornett, Mayor of Oklahoma City and president of the U.S. Conference of Mayors, highlighted his support for the repealing PASPA and for the proposal to use tax revenue from the activity to fight organized crime.