Gameweek 24 of Premier League action concluded on Monday night, as struggling Swansea and in-form Liverpool met at the Liberty Stadium. If you missed Sunday’s action, here is a recap.

However, if you want to know what happened in Monday night’s game read on: 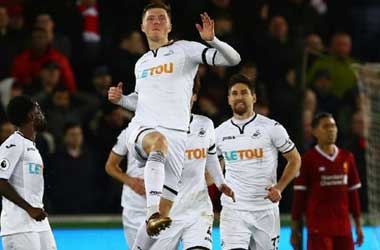 The Welsh side recorded a shock victory to gift their survival chances a major boost. The visitors were disappointing, especially after their recent good form.

Liverpool threatened early doors, with Lukasz Fabianski producing a brave save from a Sadio Mane effort on nine minutes. On 14 minutes, Swansea full-back Martin Olsson did well to get back onto his own goal line to clear a Roberto Firmino effort.

The Swans thought they had the lead on 17 minutes, as Jordan Ayew fired home. However, the goal was disallowed as the ball had previously gone out of play. Liverpool centre-back Virgil Van Dijk headed over on 23 minutes, while Mohamed Salah also volleyed off target after a good lofted pass from Van Dijk on the half-hour mark.

The Swans took the lead on 40 minutes. Van Dijk produced a poor defensive headers and Swans centre-back Alfie Mawson fired home from close-range. Mane should have equalised just before half time, but his volley from a Salah cross went wide of goal.

Fabianski then produced good saves from Salah and then substitute Danny Ings in the second half. Roberto Firmino struck the post with a header in stoppage-time, with Mawson producing a fantastic tackle to stop Reds midfielder Adam Lallana scoring with the rebound. The Swans held on to three potential precious points.

The victory was not enough to move the Welsh side off the bottom of the table. However, Carlos Carvalhal’s team are now just three points away from safety. The Swans face a trip to fellow Welsh outfit Newport County on Saturday in the FA Cup fourth round, with their next Premier League clash a home game with Arsenal in a week’s time.

Despite the defeat, Liverpool remains in the top-four. However, they are now just two points clear of fifth place Tottenham in the race to secure Champions League football. Next up for Jurgen Klopp’s side is an FA Cup fourth-round home game against West Brom. The Reds then travel to Huddersfield in the Premier League.

The EFL Cup has reached the semi-final stages and the crucial second leg ties take place on Tuesday and Wednesday. On Tuesday night, Premier League leaders Manchester City take a narrow 2-1 lead to Championship Bristol City’s Ashton Gate. The Robins pushed Pep Guardiola’s side all the way in the first leg and it may not be a comfortable night for the Citizens.

City recovered from their first league defeat of the season against Liverpool by recording a comfortable 3-1 win over Newcastle last time out. Argentinian striker Sergio Aguero grabbed a hat-trick against the Magpies. They will be confident of booking their place in the final the competition.

Lee Johnson’s side heads into this game in terrible form. The home side have failed to win in their last six games in all competitions, suffering five defeats. However, last time out they ended a five-game losing streak by recording a creditable 0-0 draw at promotion rivals Derby.

In the other tie, Arsenal host London rivals Chelsea at the Emirates Stadium. The tie is finely posed at 0-0 from the first leg. The result was unsurprising, as the last three meeting between the two teams have finished all square.

Both team’s head into the game on the back of big wins, Arsenal beating Crystal Palace 4-1 and Chelsea winning 4-0 at Brighton. However, both had previously gone four games in all competitions prior to their weekend wins.

Chelsea are the favourites to win the game and tie. With home backing though, you cannot write off Arsenal from making the final.

Who will progress to the final of the EFL Cup? 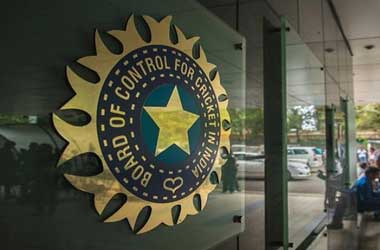