What Is The Fastest Growing Shady Profession In Sweden?

Cryptojacking, a practice of hijacking computers to mine cryptocurrencies, is growing at an alarming rate in Sweden. The statistics adds strength to the argument that unauthorized installation of mining software is gaining popularity among cybercriminals.

According to the latest survey, in Sweden, the number of crypto-jacking events increased 10,000% in the last quarter of 2017. This is twice the global growth rate for the same period.

By taking control of the background processes of browsers and apps through malware, cryptohackers steal computer processing power. Once deployed the program starts mining cryptocurrency remotely.

Cryptojacking grew by 8,500% in 2017. According to Symantec Corp., the practice has become popular due to a low entry barrier. Cryptojacking can be done as long as a hacker is able to code a malware program, which can auto deploy without authorization and start mining cryptocurrencies. Most people who are affected by these kind of malware do not report it to the concerned authorities.

Furthermore, the returns are considerably higher for the efforts put forth. All these factors encourage cybercriminals to pursue cryptojacking. In-browser hijacking, a software that modifies a web browser’s settings without a user’s permission and inject a crypto mining program, has become more popular of late. Such program’s can sometimes have a devastating effect on a computer’s CPU. In fact, the web site of the Swedish Police Force was affected by Monero mining program.

Symantec has also found a surge in bank trojans. The cyber security company believes that it has links to cryptojacking and the trend will continue in 2018. 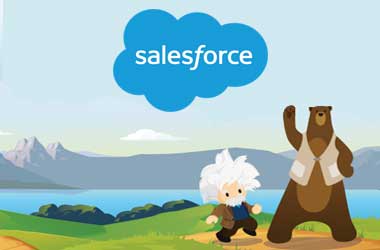 CRM Giant Salesforce To Develop Products Based On Blockchain Tech