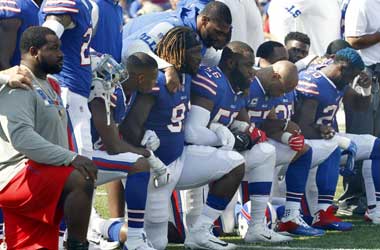 In a statement, Commissioner Gooddell said

This season, all league and team personnel shall stand and show respect for the flag and the anthem. If anyone is on the field and is disrespectful to the anthem or the flag, there will be a fine from the league against the team. The team will have its own rules and make their own decisions

Gooddell went on to say that it was unfortunate that the protests last year sent a message to the fans that thousands of NFL players were unpatriotic. The Commissioner said that this clearly wasn’t the case and expected things to be a lot more clear with this new decision.

President Trump Gets His Way

President Donald Trump lashed out at NFL players last season who decided to ‘take a knee’ during the playing of the National Anthem. This was a decision made by a number of NFL players, especially African American players to protest over police violence against black Americans.

President Trump was unhappy that NFL players were using the National Anthem to protest and felt that they were not being patriotic and setting a proper example.

Trump’s remarks caused a lot of controversy and division as he called on NFL franchises to ban players who took a knee.

It appeared that the general public were also on the side of the President as NFL viewership declined after Trump took on the league. The NFL did not take a stance on the issue last season and it made matters worse as the players did what they wanted and there was no clear cut guideline as to what was accepted and what was not.

Anthony Joshua Wants To Cement Legacy With A ‘Wilder Fight’ 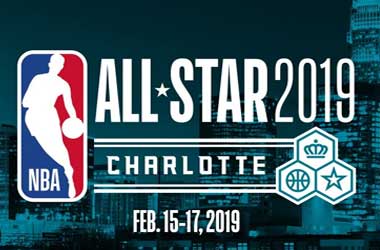 Illegal Gambling Has Spread To Residential Communities In Hawaii