The legal gambling market in Greece is doing incredibly well and bringing in billions for the country. According to reports, Greeks gambled away €7.5 billion from 2015 to 2018.

This accounts for nearly €2 billion or so every year in gross gaming revenue to Greek gambling operators, even after payments have been made to winners.

However, gross gaming revenues don’t give one an exact idea in terms of betting value. This is because betting numbers are considerably higher as experts say Greeks bet €20 billion in 2018 alone.

Gaming firm OPAP reported received €8 billion in wagers while another €7.1 billion was spent on the legal online gambling market.

Reports have shown that the gambling industry has experienced significant growth in recent years, especially in 2018. The main reasons for the rise in numbers last year was due to the popularity of online gambling and the dominance of OPAP in the Green market. While these two areas have increased, the local casino market has dropped by 2.5 percent.

The main reason for growth of OPAP is its use of videolotto terminals (VLTs). VLTs only came into the market in 2018 and they started contributing billions of euros to the company’s coffers. Although the company does not publish its turnover for VLTs, it is estimated to be around 15 to 20 times the company’s gross gaming revenue. If this is true, then it means that VLTs have generated around three to four billion euros since they were introduced.

Online gambling is just as popular, though the competition is fierce. Operators have been offering bigger rewards to attract players to their games. According to recent data, licensed game suppliers have received bets totalling €7.07 billion and have reported gross gaming revenues of €391 million.

The growth in the market is a big boon to the Greek government. A reported €2.9 billion has been paid into the government’s coffers in 2018 as part of their share from the licensed gambling market. This does not even count the income tax due to the government as it is collected in the next year.

OPAP pays the bulk of those taxes and has paid a total of €1.8 billion euros from 2015 to 2018, while online gaming suppliers paid €350 million euros in the same period. Casinos also paid €420 million over the same number of years. Plus, winners had to pay taxes on their winnings which totaled to €327 million. 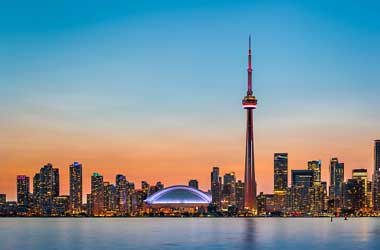