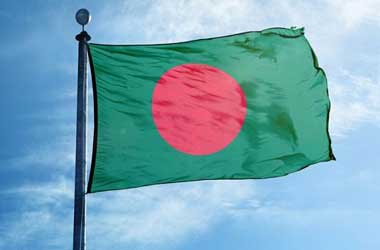 There is no licensed gambling in Bangladesh but yet this small Asian country has been in the news for gambling related activities.

Earlier this month, the authorities in Bangladesh raided four of the top sporting clubs in the country after they received a tip off that illegal gambling activities were taking place on a consistent basis at these clubs.

The raid resulted in more than 100 individuals being arrested and confirmed that there was a flourishing illegal gambling network spread across the country. There were also allegations that some of the top politicians in the country had connections to these illegal gambling operations and used their influence to get the police to turn a blind eye.

The ruling government in Bangladesh were left embarrassed by this massive illegal gambling crackdown and they initially tried to save face by promising to continue to crackdown on illegal operators and clean up the country.

However, the Finance minister and the Civil Aviation and Tourism Ministry came up with an alternative plan which caught everyone by surprised. They proposed a law that would legalise gambling in the country that would create four separate tourist zones which would be allowed to host casino resorts. The proposed gambling law would not allow Bangladeshi citizens to gamble but would allow foreigners to do so.

Three of the proposed tourist zones would be located near the India-Bangladesh border while the fourth tourist zone would be near the Myanmar border. The ruling Bangladesh government knows how lucrative the gambling industry can be and wants to take create a new market through gambling legalisation.

The opposition party did not waste any time in opposing this proposed gambling legalisation stating that Bangladesh is an Islamic country and gambling in any form would be a sin. While the ruling government would only allow foreigners to gamble, the opposition stated that if it is wrong for the locals to gamble then it cannot be right for foreigners to indulge in such activities.

This staunch resistance will most likely put an end to any plans of proposed gambling legalisation. More than 60 illegal casinos have been discovered in the capital city of Dhaka in the last few weeks and the authorities will now be tasked with the responsibility of uncovering this wide network of illegal gambling operators and putting an end to illegal gambling in the country.