The European Gaming and Betting Association (EGBA) has cautioned against the proposed 40% hike of online gambling taxes in Denmark, arguing that such a steep rise may lead to punters fleeing to black market sites.

According to an analysis undertaken by H2 Gambling Capital, Denmark’s tax hike would cut their licensed gambling market by a quarter. The licensed market already had new rules which they had to abide to earlier this year or they would face disciplinary action.

H2 noted that the proposal would increase the current 20% gross gaming revenue tax rate to 28%, which would lead to small tax gains for Denmark in the short term, but the gains would be offset by the resulting shrinkage of the licensed market. H2 estimated that Denmark’s black market gaming sites may rise by as much as 80% due to the proposal.

The reason for this rise in black market sites is due to licensed companies having to reduce their costs to remain profitable under the new tax regime, which would decrease marketing budgets. If local punters are unaware of legal gaming sites, H2 believes they will become easier prey for black market sites. The new taxes may also prevent licensed companies from competing with promotional offers by illicit operators.

According to Maarten Haijer, EGBA’s secretary general, higher gaming taxes could motivate punters toward black market sites because the latter will have more marketing funds at their disposal. Haijer warned Denmark’s legislators that the resulting tax gains to the state from such a move would quickly disappear as licensed companies lose ground among local consumers.

Danish Punters Will Be the Biggest Victims

In the H2 analysis, the estimate of Danish gamblers playing at unlicensed sites is pegged at 16% of the total market. If the new taxes are passed, H2 warns that this figure could rise to 24%.

If the black iGaming market increases its market share, H2 argues that consumers will ultimately bear the brunt.

Danish consumers would be less protected in black market sites due to the lack of regulation, which could lead to bigger problems down the line—such as problem gambling, predatory bonus offers, and withdrawal issues. Illicit sites have no real obligation to follow Denmark’s gambling regulations, and will likely not recognize the country’s registry for self-excluded gamblers, ROFUS.

H2 believes that the Danish authorities would be better served by raising the tax revenue rate to a more manageable 10%—from 20% to 22%. This would accomplish higher tax revenues for Denmark without pushing consumers toward black market sites. 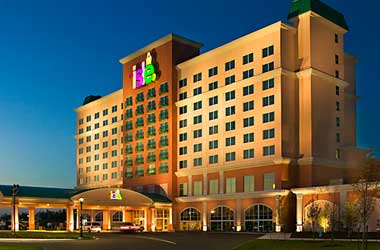